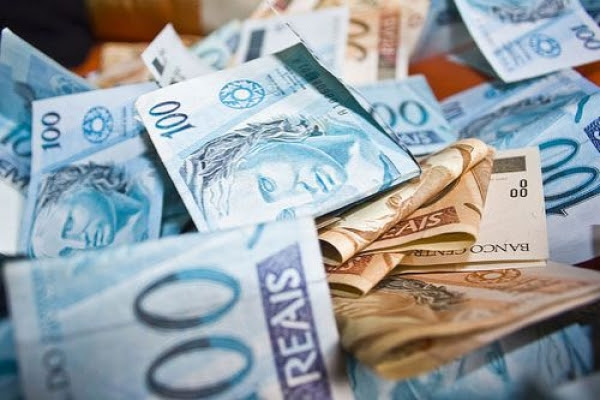 Brazil’s President No Longer a Shoo-In After the Recession

BUENOS AIRES – Brazil, the world’s seventh economy, has slid into recession for the first time since the 2008 financial crisis, making re-election tougher for the incumbent president Dilma Rousseff.

Ahead of the first round of the general elections on October 5, the national statistics agency IBGE indicated on August 29 that Brazil’s gross domestic product (GDP) decreased by 0.6% in the second quarter and by 0.2% in the first one.

A recession occurs when a country’s GDP declines for two or more consecutive quarters.
Industry and services dipped by 1.5% and 0.5% respectively, according to official data. Agriculture, on the other hand, registered a positive change of 0.2%.
“We are going through a process of retraction because consumers and businesses trust less the future of the country, its ability to generate growth and build infrastructure,” explains Juan Jensen, CEO of Tendencia Consultoria Integrada, an economic consultancy in Sao Paulo.

Soccer, a game changer
Neymar’s early exit and Thiago Silva’s suspension in the semifinals of the World Cup against Germany might be not linked to Brazil’s sluggish growth but the large-scale event is.
Left-leaning President Rousseff claimed the recession was due to weak global recovery from the economic crisis as well as a “surplus of public holidays” during the World Cup.
There were many days off during the games to avoid disruption of traffic.
In addition, Brazil is supposed to be the biggest spender of all World Cup hosts, with about US$4 billion spent on renovating and building stadiums. Many did not serve any purpose beyond the event.

Economic mismanagement
The World Cup is not the only culprit.
Alberto Pfeifer, Visiting Professor at the University of Sao Paulo, explains that “poor and erratic macro and microeconomic management during President Rousseff’s government […] instilled a generalized perception of instability and unpredictability in the private sector and society in general.”
“Consumption driven growth has been stalled by the corrosion of the purchasing power of the population due to rising inflation rates that exceeded the projected ceiling of 6.5% per year,” he adds.

Ten years ago, Brazil – Latin America’s largest economy – was a high-potential emerging market, taking advantage of soaring commodity prices. Former president Luiz Inácio Lula da Silva declared that God was Brazilian when the country discovered its oil bonanza.
Under President Rousseff’s administration, Brazil’s economy has averaged less than 2% whereas it grew about 4% from 2003 to 2010.
Brazil is the least open market of all G20 nations, according to an April 2013 “Open Markets Index” released by the International Chamber of Commerce.
The government has taken aggressive interventionist measures to protect the local economy, such as the auto industry. It has also sustained a low foreign exchange rate between the US dollar and the Brazilian real.

Less than a year after President Rousseff’s election, the government imposed a 30% increase in the industrialized products tax for foreign-built vehicles that have less than 65% local content and are not built in Brazil, MERCOSUR (the South American market) countries or Mexico.
Such heavy-handed policies sparked uproar.

In December 2013, the European Union – Brazil’s biggest trading partner – launched a case against the country at the World Trade Organization over import taxes.
“Private savings rate is historically low in Brazil, and under uncertainty investors become even more cautious. Public investment by state-run corporations like Petrobras and Eletrobras has decreased because the federal government is controlling the prices of public utilities, thus hurting those corporations’ ability to invest,” explains Mr. Pfeifer.
Besides, Brazil has become less competitive.

The World Economic Forum’s Global Competitiveness Report 2014-2015 set out that Brazil ranks 57 out of 144 countries, a decline from its 48th position in 2012-2013.
Foreign direct investments (FDI) have tailed off annually since 2011, when it stood at US$66.6 billion, according to Deloitte research. For instance, FDI went down from US$64 billion in 2013 to US$60 billion one year later.

A blow for the president’s campaign
Mr. Pfeifer deems the impact of Brazil’s recession on the presidential campaign “very high”. President Rousseff, aware of the economic mismanagement, said she would replace the Minister of Finance and the economic team in case of reelection.

Although her government has brought tens of millions out of poverty thanks to government programs – like family allowances (bolsa familia) – to the poorest, “Brazilians want today a change in the way the country is managed,” says Mr. Jensen.
He refers to a survey by Instituto Datafolha, a research institute in Sao Paulo, according to which 79% of the electorate wants a change in the way politicians govern and manage the country.

An August 29 poll showed that President Rousseff’s biggest rival, Social Party’s Marina Silva, would win by 10 percentage points ahead of the incumbent president in the second round of the election.

Fresh contender Marina Silva, a former environment minister, entered the presidential race after the death of her party’s former leader, Eduardo Campos on August 13 in the coastal city of Santos.

Silva, an advocate of sustainable development, is more market-friendly than the president.
“Today Marina Silva has the highest chances of victory. She will bring important changes in the way to manage the economy, which will probably lower the inflation rate and improve the economic climate, but only in 2016,” says Mr. Jensen.

A Reuters poll of 23 strategists released on September 3 sets out that Silva’s victory could soften a potential weakening of Brazil’s currency in 2015.

No matter who wins the presidential elections, 2015 will be a year of adjustment, with inflation being the main target of any policy. It will be the work of a highly skilled economic team to fine tune policies in order to contain public spending, not allow further growth of interest rates, adjust the overvalued exchange rate, bring utilities prices back to sustainable levels [and] increase productivity,” explains Mr. Pfeifer.