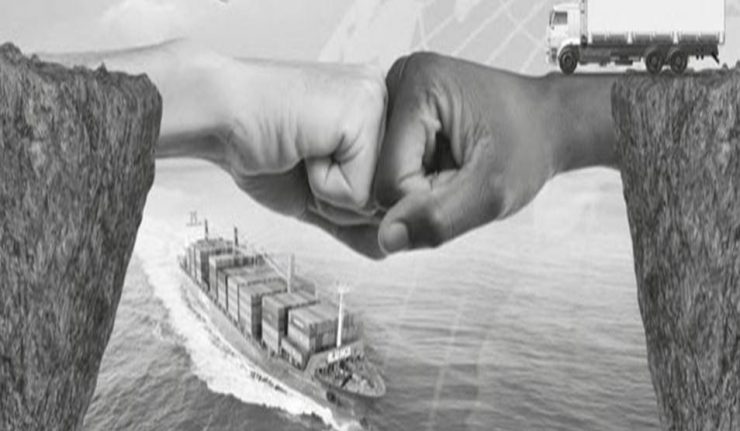 Positioning for growth: winds of change for Arab-Africa trade and investment?

The landmark multi-billion-dollar Arab-Africa Guarantee Fund (AAGF), which is due to start operations in 2023, could provide a boost to the Arab-Africa trade that has been static at 17% of the continent’s total trade for the last seven years.

Despite centuries of exchanges, Arab-Africa trade has been static at 17% of the continent’s total trade for the last seven years, with the EU and China being by far its two largest trading partners. But despite an overall failure to boost Arab-Africa trade and investment, there are signs that winds of change are blowing over the continent from the north-eastern enclave of Arab countries. A number of companies from this part of the Arab world, notably renewable energy and construction company Elsewedy Electric, the ports and logistics giant DP World, or the power company ACWA, are already established in Africa but keen to expand operations and investments.

Now the landmark multi-billion-dollar Arab-Africa Guarantee Fund (AAGF), which is due to start operations in 2023, could be the game changer. The Fund provides “a scalable structure that aims to mobilize financial resources and risk mitigation capacity to support trade and investment in Arab and African countries; and ensures that all-in pricing of transactions is optimized for the end beneficiaries through blended structures.” AAGF Partners hope to bring together other stakeholders, including national ECAs, risk insurers, donors, multilateral and regional development banks, and new AATB members to maximize resource mobilization.

Moreover, the promise of the African Continental Free Trade Area (AfCFTA), with its market of 1.3bn people and combined GDP of over $3trn, is propelling the urgency over boosting Arab-Africa trade and investment, as Arab states and institutions are eyeing the AfCFTA’s attributes with relish. However, a June trade survey of African CEOs by the Pan-African Private Sector Trade and Investment Committee (PAFTRAC) revealed that “implementing the AfCFTA will be a long process that will be achieved by thousands of small steps.“ The PAFTRAC survey concludes that “making the required legislative and regulatory changes depends on the political will of all the governments involved. Mistrust could easily restrict implementation, particularly where businesses on one side of the border fear increased competition from perhaps more economically developed markets.”