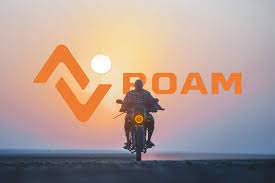 E-mobility start-up Roam recently partnered with M-Kopa, a Nairobi-based clean energy financier, to provide thousands of e-motorcycles to riders in Kenya, after becoming the first startup in the country to convert petrol-powered motorbikes to electric last year, starting with a fleet of 100.
“This is one of the biggest leaps for electric mobility in Africa,“ says co-founder and chairman of Roam Filip Gardler. “Enabling a pay-as-you go structure means users can benefit from reduced operational costs, allowing them to make as much as double the daily income from petrol motorcycles.” Gardler’s firm partnered with Uber to supply 3,000 electric motorcycles after securing $7.5 million funding in 2021. This set the stage for more e-motorcycle startups in the country, all looking to grab a slice of the growing motorbike market which has over 1.5 million riders in Kenya. Car & General’s survey published in March indicates that the motorbike sector contributes 3.4% to the country’s GDP generating $10 million every day.
Also Stima, a Nairobi e-motorcycle start-up specializing in battery swapping, recently announced a collaboration with Indian e-motorcycle manufacturer OneElectric to deploy 3,000 motorcycles in Nairobi before upscaling to other towns. Jason Gras, Stima’s CEO, says that though the company has operated in Chinese and EU e-battery markets, it chose Kenya to set up the startup because it requires less capital to invest in green mobility. In 2019 alone, air pollution reportedly caused around 5,000 premature deaths in Kenya, and investing in e-motorcycles has become a solution to saving lives.