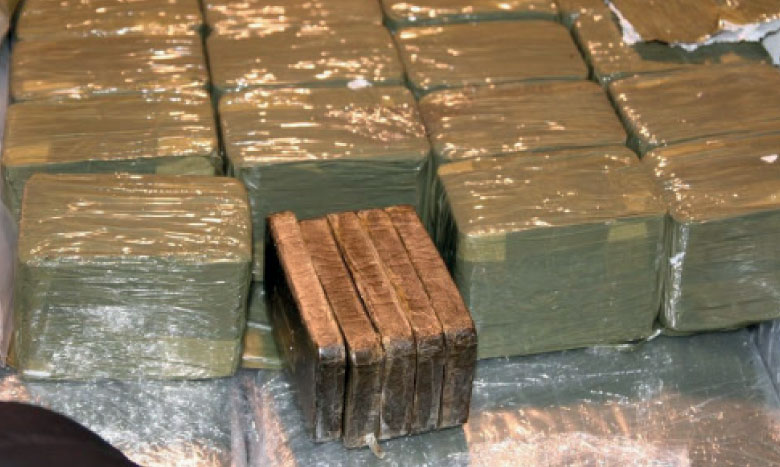 An international drug trafficking operation has been foiled by the Casablanca judicial police Sunday evening and 3 tons and 168 kilograms of Chira have been seized.

The intervention was carried out in close coordination with the General Directorate of Territorial Surveillance (DGST).

During a security operation conducted in the suburbs of Casablanca, an individual involved in the trafficking of these shipments of narcotics was arrested onboard a vehicle with false registration plates, the National Police (DGSN) said in a statement.

Search operations carried out inside the vehicle resulted in the seizure of 99 bundles, totaling 3 tons and 168 kilograms of chira. The banned substance was intended to be shipped out by sea.

A batch of shotgun cartridges and several doses of cocaine were also seized.

The suspect was taken into custody. Investigations will be conducted to determine the possible ramifications of this criminal activity at the national and international levels and identify any possible accomplices, the DGSN said.