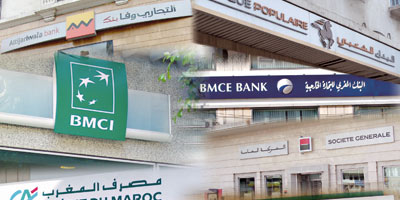 Will Moroccan banks & businesses suspend operations in Tunisia over Sahara ?

Several experts wonder whether Moroccan banks and businesses operating in Tunisia will leave or halt operations in response to President Kais Saied’s premeditated, hostile and unjustified provocative action against Morocco.

It is inconceivable that Moroccan financial and services companies, which employ thousands of people in Tunisia, will continue making business as usual amid a serious diplomatic spat.

Everyone knows that the Sahara is a red-line for all Moroccans. Yet, Mr. Saied, a retired law professor who turned into a President with unchecked powers, rolled out red carpet for chief of Polisario armed militia, Brahim Ghali, upon his arrival in Tunis aboard an Algerian presidential plane to attend the 8th Tokyo International Conference on African Development (TICAD) organized Aug.27-28.

This is not a mere diplomatic blunder but a calculated and well-prepared ploy deployed in connivance with the Algerian military junta in a bid to undermine Morocco’s territorial integrity.

The unprecedented move, which hurts the feelings of Moroccan people, breaks away from the traditional stand adopted by Tunisia on the Sahara issue and belies the neutrality claimed by the government of Kais Saied.

The Tunisian President could have avoided triggering a diplomatic crisis with Rabat by not receiving in person Brahim Ghali, a war criminal wanted by international justice and an enemy of Morocco.

Not all African leaders were greeted at the Tunis airport by Mr. Saied, who is edging closer and closer to the Algerian regime in a bid to get more financial backing as Washington and international financial institutions, including WB & IMF, put on hold aid package after seeing him steering the country to one-man rule.

According to some analysts, the Tunisian President rolled out the red-carpet to Brahim Ghali and turned against Morocco to get an additional $200 million loan from Algerian rulers to avoid debt default.

However, the Algerian financial support cannot fill the huge gap in Tunisia budget. The country’s outstanding public debt will reach $40 billion by the end of 2022, accounting for 82.6% of GDP, according to the 2022 state budget, an increase from 81% in 2021.
This summer, the authorities paid back more than $1 billion in debt from foreign currency reserves, but must find about $5 billion more to finance the projected budget deficit and more loan repayments. The Tunisian economy shrank 8.2% last year while a deficit of 11.5% drove public debt to 87% of gross domestic product according to the IMF.

Irked by the hostile provocative acts of Tunisian President, Rabat withdrew immediately its ambassador to Tunis and boycotted TICAD summit. Tunisia also pulled its envoy in Rabat. The diplomatic crisis sparked between the two countries has dominated the news and grabbed the attention of TICAD summiteers to the extent of distracting the event from its primary goal.

In his opening address, Senegal’s president deplored the absence of Morocco, key member of the African Union. The same stand was voiced by several African leaders including the Presidents of the Comoros islands, Burundi, Liberia, Equatorial Guinea and CAR, while the President of Guinea Bissau and chairman ECOWAS, left the gathering in protest against the imposed participation of the polisario chief in the Africa-Japan meeting.

Japan reiterated its support to Morocco’s territorial integrity, affirming the separatist entity has no place in TICAD and its presence does not mean that Tokyo recognizes it.
“Even if a group which claims itself as a state that Japan does not recognize was seen in this room, this does not mean that Japan implicitly or explicitly recognizes it as a state,” affirmed the Japanese top diplomat, in his closing statement. A slap in the face of Polisario, Algeria and Tunisia.