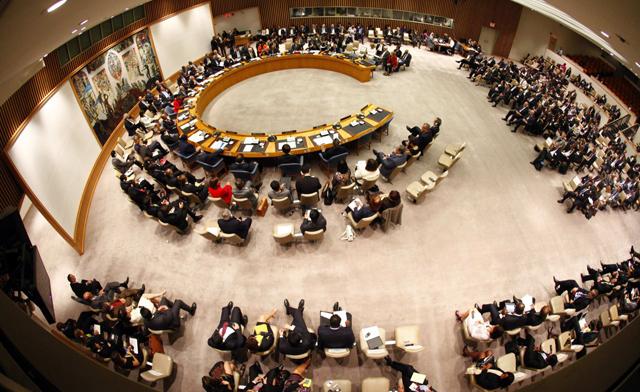 United Nations Security Council (UNSC) has passed a resolution seeking for a ceasefire in Libya; threatening sanctions against those involved in the violence and further tightened an arms embargo by demanding advance approval of any sale or transfer of arms to the country. Libya’s ambassador to the UN, Ibrahim Dabbashi, called for wise and careful actions to avoid “a full-blown civil war.” Libya currently has two rival leaders and assemblies operating in two different parts of the country, each backed by rival armed groups, claiming legitimacy.

It cannot be confirmed if the ceasefire call will be heeded by the different rebel militias. The resolution is therefore threatening to freeze the assets and impose travel bans on the leaders of the militias and those supporting them. Nobody has been mentioned yet but individuals and groups that endanger the security of Libya or undermine the political transition are expected to make the list.

Britain’s ambassador to Libya is optimistic that the resolution “will have an effect” because “no one wants to be identified by the UN as responsible for these acts of violence.” The outgoing UN special envoy to Libya, Tarek Mitri, said the situation in Libya was of “grave concern” as he warned that “the threat from the spread of terrorist groups has become real” and an open secret in several Libyan cities.

Libya’s ambassador to the UN, Ibrahim Dabbashi, welcomed UNSC’s decision as a “milestone” but didn’t hesitate to add that the situation in his country has “become even more complicated and…might unravel into a full-blown civil war if we’re not very careful and wise in our actions.”

Violence in Libya has been difficult to control because the government is too weak to impose its authority on the militias.