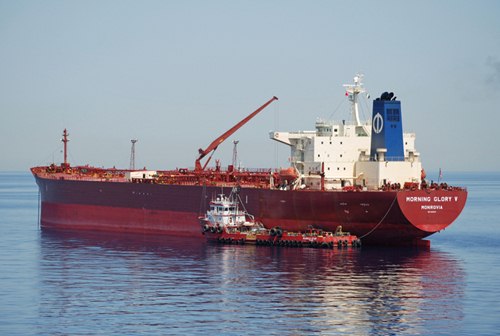 Oil exportation has begun at the Es Sider port, Libya’s biggest oil port, after being closed for a long time. The spokesman of the National Oil Corporation (NOC), Mohamed El Harari, confirmed that the loading of 600,000 barrels of oil onto a tanker. Libya is still below the 1,4million barrels per day exportation it reached last year before the fighting started. The Acting Oil Minister will also be leaving office following a request by Prime Minister Abdullah al-Thinni.

The authorities will be pleased that the port can be used for exportation after a deal was struck with a group of federalist rebels. The country lost billions in oil revenues due to blockades on several oil ports by militias mostly motivated by political and economic gains. Es Sider is in eastern Libya which is still engulfed in serious fighting between the Islamists and the forces loyal to renegade General Khalifa.

The Es Sider port currently holds some 4,5m barrels in storage, but once the tanks are emptied, the connected oilfields can restart production, officials said. However, there are concerns by Commerzbank analyst Carsten Fritsch that Libya’s exportation will be “flooding a market that is already amply supplied.”

Meanwhile, the Acting Oil Minister Omar Shakmak confirmed his departure from the ministerial post. He has agreed to resign after a written request by Prime Minister Abdullah al-Thinni. He is expected to be replaced by the Chairman of the NOC, Mustafa Sanallah, as deputy minister while maintain his post as NOC’s Chairman.

The government will be interested in attracting more cargoes and transactions in order to reduce its massive budget deficit but frequent changes of senior government positions, reflecting political infighting and fast-changing alliances could hamper it.