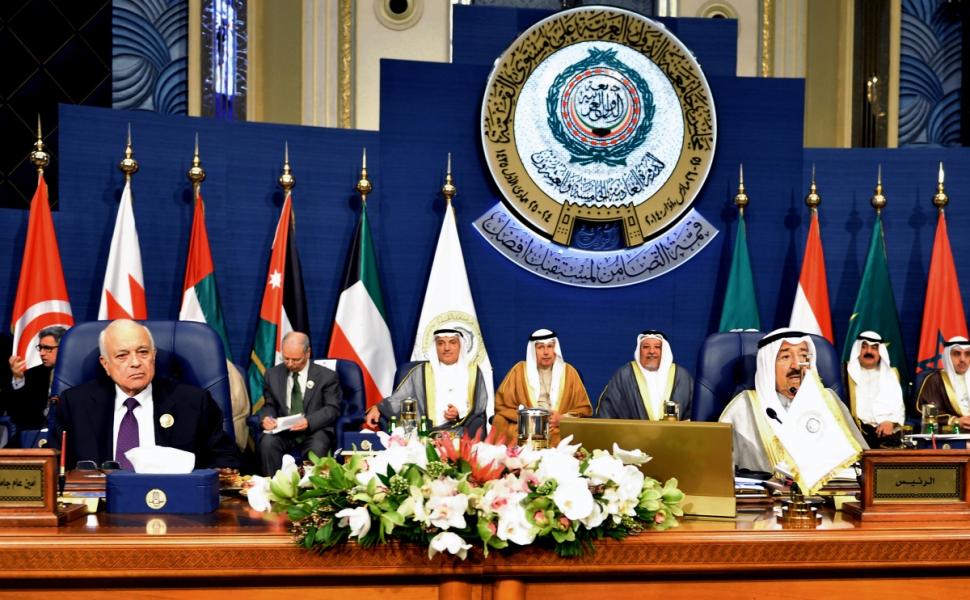 Notwithstanding passionate discourses against Western responsibility and “Zionist conspiracy”, commitment to the Palestinian cause has not translated into any support.

“Israel is an abnormal case in the history of humankind and the geopolitical map of the world.”

These words, uttered by Mr. Imad Nabil Jadaa, Ambassador of Palestine in Chile on August 14, are representative of Arab countries’ rhetoric since 1948 when the state of Israel was created.

The United States has undoubtedly played a major role in the Israeli-Palestinian conflict due to its unconditional support of the Jewish state – at the expense of American taxpayers – of its West Bank settlements illegal under international law and of its disregard for human rights in the Palestinian territories.

Notwithstanding passionate discourses against Western responsibility and “Zionist conspiracy”, commitment to the Palestinian cause has not translated into any support.

From North African countries to the Gulf’s petro monarchies, the inertia of “brotherly” Arab states is striking. In other words, Arab governments have become accomplices in the collective punishment of the Palestinian people.

Since the beginning of the clashes between Israel and Hamas in the Gaza Strip on July 8, more than 1,900 Palestinians, mostly civilians, died and roughly 10,000 were injured, according to the United Nations. Sixty-four Israeli soldiers and three civilians were killed.

When I was in Jerusalem in 2009, I met several Palestinians who expressed more frustration and resentment towards Arab countries than Israel and the United States. A Palestinian taxi driver from Bethlehem mentioned to me that Arab governments have “abandoned” the Palestinians and have “profited from their suffering”.

This sense of betrayal is shared at the institutional level.

“The inaction of Arab states is deplorable,” told me recently a high-level Palestinian representative based in Latin America on condition of anonymity. He declined to be quoted to protect the interest of his organization.

“Besides Hezbollah, which is an organization and not a state, no Arab government has ever threatened Israel to mobilize its forces if Israel continues its occupation of Palestine. Why?” he asked.

In January 2013, then Palestinian Prime Minister Salam Fayyad openly blamed Arab states for failing to deliver hundreds of millions of dollars in aid to mitigate the escalating financial crisis the Palestinian territories face.

Israel halted its monthly transfer of about US$100 million in tax rebates it collects on behalf of the Palestinians in retaliation to the United Nations General Assembly’s decision to upgrade the Palestinian status to non-member observer state in November 2012.

The Palestinian Authority was thus not able to pay the salaries of about 150,000 government employees, Mr. Fayyad said.

The black sheep of the Middle East

Basic Palestinian rights are denied not only in Israel but in the entire region as well.

Arab governments have expressed their antagonism towards integrating Palestinian refugees into their societies for the past 66 years.

For instance, although Lebanon’s desire to safeguard its delicate ethnic and religious balance is legitimate, the plight of the Palestinian refugees living in the country is reprehensible.

Around 455,000 Palestinians – 10% of Lebanon’s population – are registered with the United Nations Relief and Works Agency for Palestine Refugees in the Near East (UNRWA) in the Levant nation.

UNRWA points out that refugees live in abject poverty in refugee camps. They suffer from poor housing conditions, lack of infrastructure, overcrowding and unemployment.

They are second-class people who are forbidden to work in about 20 professions in Lebanon. They cannot even claim the same rights as other foreigners.

In Jordan, the majority of Palestinian refugees – 18% of the population – live in a precarious legal status too.

Palestinian refugees in the Middle East have also regularly been displaced or expelled by their Arab pals.

To retaliate against the Palestine Liberation Organization’s supposed endorsement of Iraq’s brutal occupation of Kuwait from August 1990 to February 1991, the emirate expelled most of its Palestinian residents.

Even more tragic, a right-wing Lebanese Christian militia allied with Israel slaughtered between 762 and 3,500 civilians, mostly Palestinians and Lebanese Shiites, in a refugee camp in Beirut on September 18, 1982.

During Israel’s invasion of Lebanon that year, Tzahal, the Israeli military, allowed the Lebanese Phalanges party to perpetrate the Sabra and Shatila massacre. A special Israeli investigative panel declared then Defense Minister Ariel Sharon “personally responsible” for the massacre as he enabled the anti-Palestinian Lebanese militia to enter the camp.

Israel’s grand scheme was to help allied Lebanese Christians to come to power in the Levant country and sign a peace treaty with the Jewish state, explains Avi Shlaim, Iraqi-born British-Israeli historian and professor emeritus of international relations at Oxford University.

The lack of Arab states’ unity is no mystery, as the collapse of the United Arab Republic in 1962 epitomized. Amid strong pan-Arab sentiment, this unification project – which lasted less than three years – merged Egypt and Syria into a united state under the leadership of the late Egyptian president Jamal Abdul Nasser.

“We get off the wrong foot when we speak of ‘Arab countries.’ An Arab from the Gulf with a five million dollars debit card is very different from a Palestinian in a refugee camp,” he clarified.

Morocco’s Ambassador in Argentina concurred. “We are associated with the Arab world but Morocco enjoys a rich culture: it is African, Amazigh, Andalousian, Arab and Muslim with a Hebrew heritage,” told me Ambassador Fouad Yazourh on August 4.

The bottom line is that Arab regimes have championed the Palestinian cause to promote their political ends.

“Each Arab country has its commitments and plans. A government is like Dr. Jekyll and Mr. Hyde: in public, it announces a position but in reality it takes other decisions, ” said Ambassador Jadaa.

Egypt – the traditional mediator between Hamas and Israel – is a case in point.

In recent months, Abdel Fattah el-Sisi’s government has resealed the Rafah border – Egypt’s side of the Gaza Strip – and destroyed most of the tunnels, thereby increasing Palestinian residents’ despair. Egypt is a sworn enemy of the Muslim Brotherhood and its Hamas affiliate.

The tunnels are lifelines for Gazans as they transport – besides weapons – medicines, alimentary products and petrol and gas into the densely populated strip. The closure of the Rafah border is estimated to have cost Hamas about US$250 million in revenue and lost customs duties.

Besides, the Egyptian government is keen to maintaining the flow of military aid from the United States – US$575 million a year since 2014 – as a reward for inking a peace treaty with Israel on March 1979.

Arab states do have the power to alleviate the Palestinians’ burden.

Saudi Arabia, for instance, effectively exerted its leverage during the 1973 Arab-Israeli War or Yom Kippur War.

In retaliation for the United States’ decision to re-supply the Israeli military, Arab members of the Organization of Petroleum Exporting Countries imposed an embargo against the United States and other nations supporting the Jewish state.

The ban of petroleum exports and cuts in oil production strained the North American economy. Although the United States’ energy production has increased today to reduce dependence on Middle East oil, resource-rich Arab governments can still use this economic weapon.

Instead, “Saudi Arabia invests directly in Israel because its petrol-dollars are primarily invested in Europe and the United States, which then invest in Israel,” said the high-level Palestinian representative.

Palestinians, however, are in dire need of their Arab pals’ support.

A July 2011 study by the United Nations Conference on Trade and Development (UNCTAD) set out that West Bank trade is isolated from global markets due to Israeli restrictions on the movement of goods.

Besides, Israeli constraints on imports and exports inflate prices for Palestinian consumers and businesses.

Israel’s total costs on the Palestinian economy reached US$6.897 billion in 2010 – about 85% of the total estimated Palestinian gross domestic product – according to a September 2011 bulletin published by the Palestinian Ministry of National Economy and the Applied Research Institute of Jerusalem.