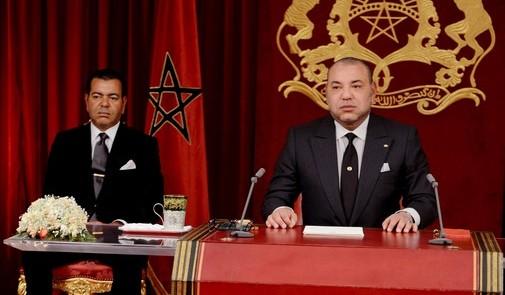 Morocco which has already become, thanks to its economic openness policy, an international trade hub can rightfully aspire to join the club of emerging nations but further efforts are needed to address some malfunctions and improve the business environment.

The remarks were made on Wednesday by Morocco’s King Mohammed VI who pointed out that catching up with emerging nations is not an impossible challenge for his country, despite the difficulties and obstacles the task involves.

“It is a fact that to catch up with emerging nations, we have to continue improving the business environment. This can be achieved especially by pressing ahead with administrative and judicial reforms, combatting corruption and moralizing public life, which is not exclusively the State’s responsibility, but that of society as a whole, individuals and associations,” said the king in a speech he delivered on the occasion of a national holiday, marking the Moroccan people’s uprising against the French colonizer in 1953.

Morocco has the potential to rise to the challenge but “needs to take a few more steps to confidently move forward and join emerging nations,” he insisted, stressing, without indulging into self-satisfaction, the progress scored by his country over the last fifteen years in economic and social matters.

He recalled in this vein that over the last 15 years, Morocco “managed to consolidate its democratic process and lay the foundations for a comprehensive, sustainable development model based on a combination of structural projects and sustainable human development.”

“Our national economy has witnessed profound structural changes, together with large-scale diversification in all areas of production. It has consistently achieved high growth rates and managed to maintain balance, despite the impact of the world economic crisis” he said, underscoring that sectoral strategies have made it possible to achieve tangible results and have a clear vision as to how to reposition the national economy at the regional and international levels.

He warned however that the gains achieved should not be a motive for self-satisfaction, but a strong catalyst for further efforts and continued mobilization. “As a matter of fact, if the Moroccan economy is to emerge, it should rely on its potential and on the joint efforts of all actors, otherwise it is bound to miss a historic opportunity.”

The coming years will be crucial for safeguarding achievements, addressing malfunctions and boosting development and investment, he said, deploring the fact that Morocco is still lagging behind in terms of the competitiveness of the corporate sector, because of a weak, disorganized industrial sector and competition from the informal sector.

In this respect, he urged for setting up strong corporations and businesses to boost the immunity of national economy, enhance international competitiveness and stimulate growth at home through promoting partnerships with small businesses.

King Mohammed VI warned however against some negative impacts of development witnessed in some emerging countries such as widening the gap between social classes and voiced his keenness to see economic development go hand in hand with the improvement of citizens’ living conditions. “I do not want a two-speed system in which the rich reap the benefits of growth, thus becoming richer, while the poor are excluded from the development process, thus getting poorer and suffering more deprivation.”

In the State of the Nation address he made on July 30 on the occasion of the 15th anniversary of his enthronement, the King of Morocco had also called for more social justice so that all Moroccans benefit from their country’s wealth. He had then deplored that social disparities were persisting in his country despite the tremendous progress scored at the level of economic evolution and human development.