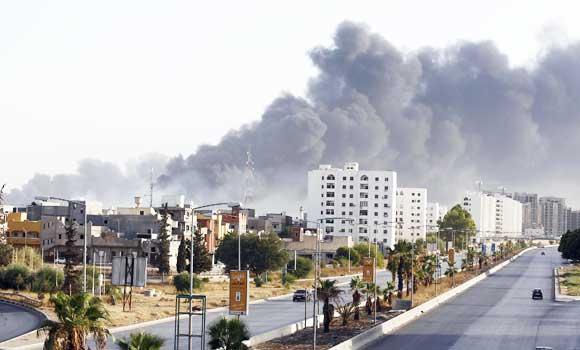 Militias in Libya have ignored international appeals for a cease-fire in order to save the country from sliding into a brutal civil war. Tense fighting has been going in the capital during the weekend between the Zintan militias and the Islamists from Misrata. The United Nations Support Mission in Libya (UNSMIL) has condemned the fighting in Tripoli and Misrata stating that it could jeopardize the stability and the political transition.

UNSMIL stated that it “deeply regrets that there was no response to the repeated international appeals and its own efforts for an immediate ceasefire.” It added that the weekend fighting has “inflicted casualties among civilians, forced them out of their homes and caused damage to property.” The international community has called for an end to violence and a return to democracy but UNSMIL has signaled that “the continued fighting poses a serious threat to Libya’s political process, and to the security and stability of the country.”

A group of Islamists in Benghazi including Ansar al-Sharia have clearly stated on Sunday that they “don’t fight for the sake of democracy…but for God and to defend the land.” Their dismissal slams the hope of establishing a democratic system of government in Libya because the government is too weak to impose its authority.

Since the fall of Qaddafi in 2011, the interim authorities have failed to establish order and security in a country prone to anarchy and deadly violence.