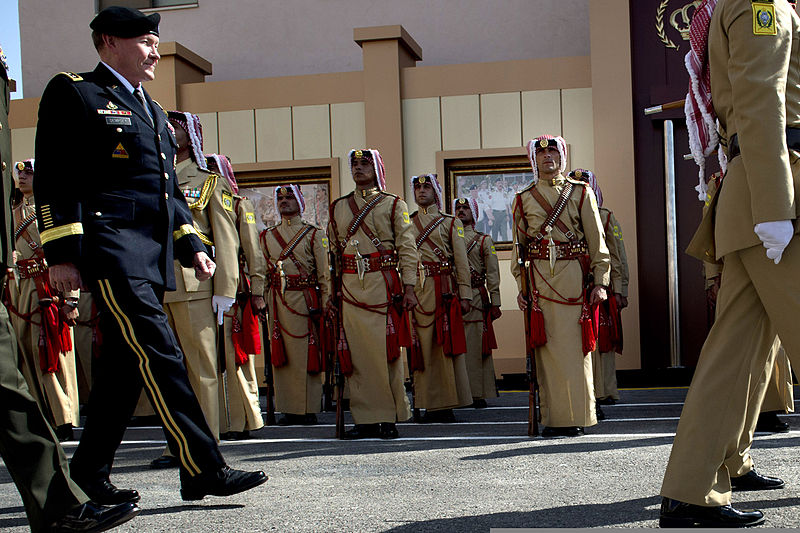 Jordan has decided to increase its security alert level by activating its defense ministry. The order came from His Majesty King Abdullah II as part of a move to assure that the military will be in a position to defend the Kingdom in case it comes under attack from the different militias in the region. The Defense Ministry has not existed in Jordan for more than 50years. The post of Defense Minister used to be traditionally held by the Prime Minister.

The King’s decision to reactivate the Defense ministry is geared towards supporting the efforts of the military which has been under immense pressure from the wars in Syria and Iraq as well as a massive influx of refugees from Syria.

In the beginning of last month, the Jordanian army stated that it was experiencing “a general shortage” thereby obliging it to recruit a number of males born after January 1 1987. The police also held a similar recruitment campaign. The recruitment drive of the army was described as “a routine measure, nothing more and nothing less” before adding that recruits are needed to replace those who have retired.

The revival of the Defense Ministry means that it will now oversee the non-military logistics, administration, investments, and development, allowing the army to “devote itself to its military and professional duties,”Petra state news agency reported.

Jordan began rebuffing its defenses after the declaration by the Islamic State of Iraq and Syria that Iraqi and Syrian territories that are under its control as an “Islamic caliphate.” Jordan has send troops, tanks, rocket launchers and armored personnel carriers along its border with Iraq. Military experts estimate Jordan’s armed forces to be between 150,000 and 200,000.