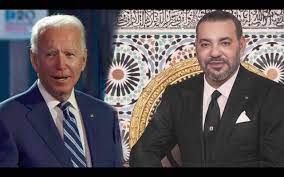 The United States government has commended the important role of King Mohammed VI in consolidating regional stability, security, and prosperity.

In a statement issued on the occasion of Throne Day celebrated by Moroccans on July 30, U.S. Secretary of State Antony Blinken extended his best wishes to the Monarch and to the people of Morocco on this occasion.

“This year marks the 23rd anniversary of the King’s accession to the throne as we continue to expand the historic and long-standing U.S.-Morocco friendship”, said the U.S top diplomat.

“Over the past year, we have continued our unwavering friendship, and we commend King Mohammed VI for his role in furthering regional stability, security, and prosperity”, underlined the Secretary of State.

On July 29, U.S. President Joe Biden also sent the Moroccan Sovereign a message extending, on behalf of the United States and the American people, his congratulations to the King on the occasion of Throne Day.

In his message, Biden said the exceptional relationship between Morocco and the United States continues to grow thanks to the strong foundations of “our shared history”.

This year marks the 16th anniversary of our Free Trade Agreement, adding to Morocco’s hosting of the Ministerial meeting of the Global Coalition to Defeat ISIS and the 14th U.S.-Africa Business Summit, said the U.S. president.