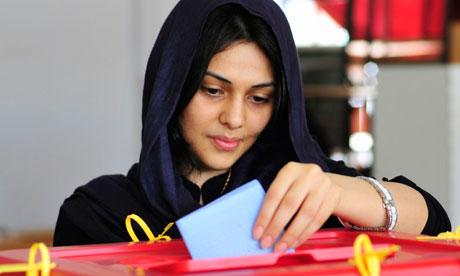 Libya’s House of Representatives have decided that the next president of the country will be elected directly by the people. The decision was massively supported by the parliamentarians who were present. A date is yet to be fixed for the elections because an electoral method has not been adopted for the time being.
The direct election is the latest approval of the newly elected parliament. The decision to amend the constitution is considered as a move to pave the way for a peaceful transition because there are fears that if the parliament chooses a president, tensions will increase between political parties and militias.
Members of the former provisional General National Congress have acknowledged that allowing lawmakers to elect a president would provoke political horse-trading in a country riddled with divisions, power struggles and violence.
Abu Bakr Biira, a member of the House of Representatives, said “a consensus was negotiated among members before the vote” to ease its approval. 141 of the 144 parliamentarians present supported the direct election of an interim president. He claimed that the massive support that the approval enjoyed from the members of parliament “shows the willingness of members of parliament to let the people elect a president directly and without pressure.” Elections are to be held at most 40 days after the official adoption of the election method.
The current Libyan constitution gives major powers to the president. He appoints the Prime Minister who, subject to parliamentary approval, selects the head of intelligence and Libya’s ambassadors to other countries.
However, Libyan authorities have struggled to impose their authority in the country. Militias who fought against the Gadhafi regime have not surrendered their arms to the government and some of them are more powerful that the government’s security forces.