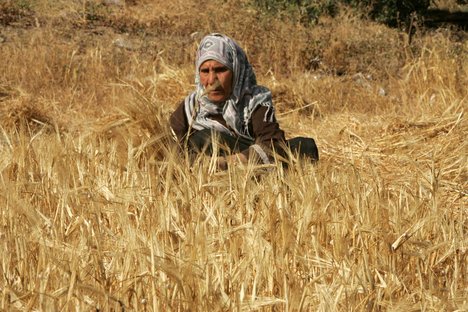 Discussions between President Abdel Fattah Al-Sisi and his Minister of Supply and Internal Trade Khaled Hanafy during the weekend centered to plans that will ease the international wheat dependency burden of Egypt. Reports stated that the projects that were earmarked during their closed door meeting are three “major” internal investment plans. The plans are complimentary to each other and could even allow Egypt to export its produce.

The highest on the agenda was the possibility of building a factory estimated at EGP 100m. The aforementioned factory will be used to store wheat and grains. It is hoped that it could help to satisfy the local demand thereby allowing the country to export.

This project will be followed by the upgrade of storage facilities in the country. To ease the collection, handling, distribution and storage of the wheat, logistical zones will be established in all the governorates to serve as the third phase of the “major” investment plans.

Russia has been serving as one of the world’s main exporter of wheat. A disaster which befell its farmers has forced it to limit is exportation quantity hereby forcing certain countries heavily dependent on wheat such as Egypt to search for other options. The North African country’s situation was worsened by the political crisis that it was experiencing.

Meanwhile, the country is getting back on its feet and the economy has started to grow. The latest move by Etisalat Misr, the Egyptian unit of Emirates Telecommunications Corp. (ETISALAT) to launch half a billion dollar initial public offerings is expected to boost financial activities in the country. Etisalat Misr, El Shazly said the offering was “delayed” but “would be a trigger for all postponed projects if they see a good market reaction.”

North Africa Post's news desk is composed of journalists and editors, who are constantly working to provide new and accurate stories to NAP readers.
NEWER POSTLibya not a failed state, Egypt considering military intervention
OLDER POSTHope For The Best: Argentines Wake Up In Default