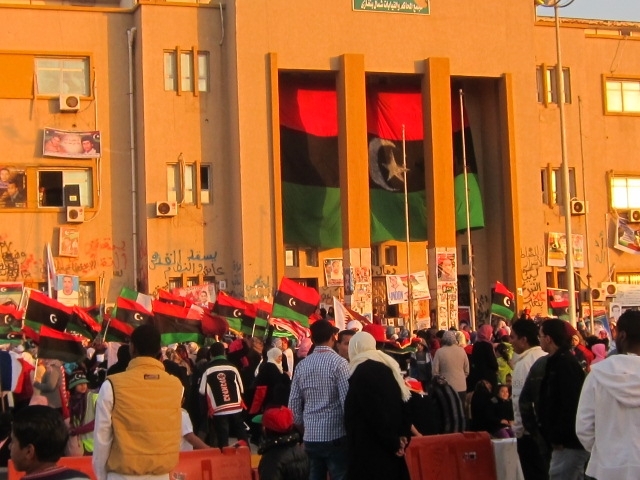 A day after the militants of Ansar al-Sharia took over an army base in Benghazi and killing more than a score of soldiers, they have announced that Benghazi is now formally an “Islamic emirate.” The claim is however being denied by pro-government militias who called their withdrawal from “certain positions” was due to “tactical reasons.” Benghazi is located in eastern part of the country and its fall to Ansar al-Sharia could mean that Islamist militants could end up setting a similar Islamic caliphate that has been proclaimed by the Islamic State of Iraq and Syria in the Middle East.

Ansar al-Sharia came to light during the war against the Gadhafi regime but soon became famous after being linked to the attack of the 2012 US consulate in Benghazi which left four US citizens dead amongst which was Ambassador Christopher Ross.

Fighting in Benghazi has been very fierce for the past two weeks and the announcement by the official spokesman of the Islamist group on Radio Tawhid sent a shockwave around the country. “Benghazi has now become an Islamic emirate,” he said. The announcement was made after the group seized weapons and ammunition from an army base with the Red Cross confirming the recovery of 35 dead soldiers with the belief that more will be recovered.

Khalifa haftar, a former army general who has decided to lead an arm campaign against the Islamists, was quick to refute Ansar al-Sharia’s announcement as a as a “lie.” He claimed that the “national army is in control of Benghazi and only withdrew from certain positions for tactical reasons.”

Nevertheless, the claim of the establishment of an “Islamic emirate” in Benghazi could be a signal of the government’s weakness to unite the country.

North Africa Post's news desk is composed of journalists and editors, who are constantly working to provide new and accurate stories to NAP readers.
NEWER POSTMorocco Deplores Closure of Moroccan-Algerian Borders as Inconsistent with logic of history, legitimacy
OLDER POSTKing of Morocco Keen on Promoting More Social Justice in his Country