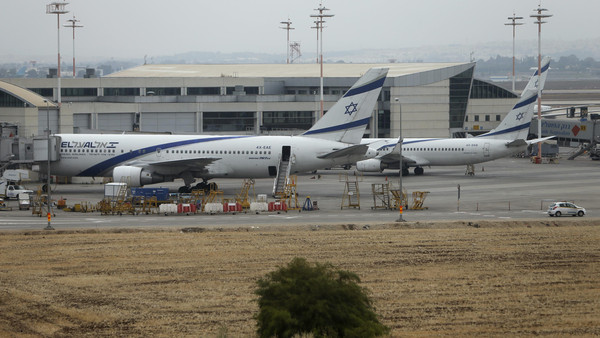 Airlines are suspending their flights to Israel after a rocket landed only 1,6kilometres away from the Ben Guiron airport. European and U.S aviation agencies have warned airlines to avoid Israel for safety reasons. Prime Minster Netanyahu is not happy about the decision after many airlines paid heed to the warnings of the aviation agencies.

The US Federal Aviation Administration (FAA) ordered Delta, United and US Airways to stop their flights to Israel for 24 hours. They are the three US carriers that fly to Israel. Delta and United have indefinitely suspended their flights while the US Airways is yet to make a decision.

The European Aviation Safety Agency (EASA) stressed that it “strongly recommends” airlines to avoid flying in and out of Tel Aviv but stopped short of obliging them to suspend their flights. Ahead of the European announcement, Lufthansa has suspended its flight for 48hours while KLM and Air France didn’t give any deadline to the suspension of theirs. EasyJet, Air Canada, and Alitalia also said they had cancelled flights.

The reactions of the airlines forced the Israeli Transportation Ministry to make assurances with much focus on American carriers. It stated that “Ben Guiron Airport is safe and completely guarded and there is no reason whatsoever that American companies would stop their flights and hand terror a prize.” Prime Minister Benjamin Netanyahu has urged US Secretary of State John Kerry to help lift the FAA ban.

With the recent crash of Malaysia Airlines flight MH17 in eastern Ukraine, a conflict zone, and few airlines will be willing to take the risk of flying over Israel and Palestine. British Airways continues its operations as scheduled but continues to closely monitor the situation.