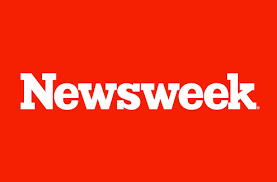 Newsweek: Morocco, a reliable strategic partner for U.S. & its allies

In the new era of increasing international power rivalry, shifting alliances and global competition for resources, Morocco stands out as a dependable and influential U.S. partner in both the Middle East and Africa, says Newsweek in its latest edition.

In an Op-Ed penned by strategist Lonzo Cook, the columnist urges Washington to build on the firm foundation it has already established with Rabat.

The Abraham Accords signed in 2020 show the important role Morocco is playing as a bridge between the U.S. and the Middle East (especially North Africa), and as a gateway for the U.S. and Europe into Africa, says Mr. Lonzo in his analysis, stressing the Kingdom’s geostrategic location, making it a hub for European-African trade.

In contrast to its neighbors, Morocco has enjoyed decades of political stability enhanced by a steady socioeconomic progress. These economic and political foundations underpin Morocco’s emergence as a dependable strategic nexus between the U.S. and the Middle East as well as the entire continent of Africa, adds the American weekly magazine.

The magazine cites in this regard the recent visit paid to Rabat by Israel’s chief of defense staff, Morocco’s purchase of Israel’s air & missile defense system and the Israeli Aerospace Industries project to build two plants to manufacture drones in the North African Kingdom.

Newsweek also highlights Morocco’s growing influence in the Middle- East region and in shaping the Israeli-Palestinian relations. “Moroccan diplomats held months of patient negotiations with all concerned parties and stakeholders, to secure an agreement for the expanded opening of the Allenby Bridge, the crucial border crossing between Jordan and Israel”, says the U.S. magazine.

“King Mohammed VI involved himself personally to help bring these talks to a successful conclusion”, underlines the weekly, noting that Morocco succeeded in such a difficult mediation because it is a respected country and viewed as an honest and credible broker by all parties throughout the region thanks to its longstanding history of religious tolerance and constructive engagement.

North Africa Post's news desk is composed of journalists and editors, who are constantly working to provide new and accurate stories to NAP readers.
NEWER POSTKuwait appoints first ambassador to Iran in more than six years
OLDER POSTEgypt: At least forty one died after fire in church