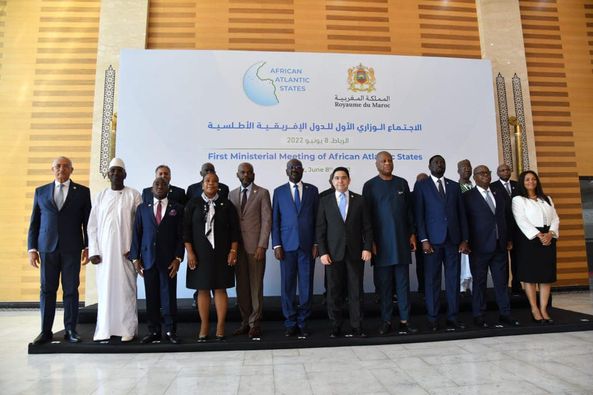 Morocco gave a fresh reset for cooperation between African countries bordering the Atlantic coast by convening an event in Rabat bringing together foreign ministers and representatives from 15 states to discuss shared challenges relating to peace, stability and prosperity.

In a speech at the opening of the event this Wednesday, foreign minister Nasser Bourita shed light on the economic weight of Africa’s 23 Atlantic countries, home to 46% of Africa’s population with an economy that accounts for 55% of the continent’s GDP.

Africa’s Atlantic coast has however been plagued by a surge in security threats including terrorism and piracy. The minister deplored that 90% of piracy takes place in the African Atlantic waters. Hence, the need for a closer inter-African security cooperation.

In terms of vulnerability to climate change, West Africa registered 1.4 million displaced people due to environmental degradation, he said.

The minister also cited the need to work together to address challenges relating to food insecurity as well as economic and human development, while urging more foreign direct investments in Atlantic Africa.

Africa’s Atlantic countries should forge closer political cooperation that is based on a common Atlantic Africa strategic outlook, at the heart of which bolstering energy and maritime connectivity as well as shared economic interests to unlock this African region’s full potential.

North Africa Post's news desk is composed of journalists and editors, who are constantly working to provide new and accurate stories to NAP readers.
NEWER POSTAlgeria, where are your Saturday people, and where are your Sunday people?
OLDER POSTTindouf: Nervous Algerian army conducts military exercise ahead of African Lion 2022