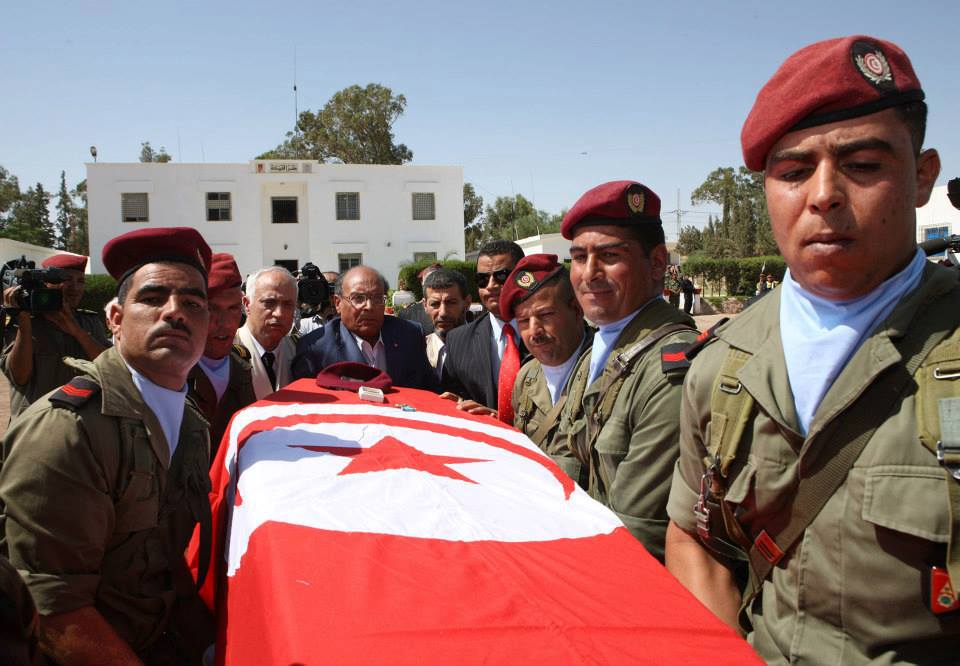 Tunisia mourns ahead of “open war” against terrorism

Tunisia is mourning 14 of its soldiers killed while breaking their fast at their posts near the Algerian border. A soldier still remains missing. The attack on two army posts is believed to have been carried out by “terrorist groups” linked to Al-Qaeda. No group has claimed responsibility yet but the government has already pinpointed two groups. This recent attack which also left 18 soldiers wounded is the heaviest loss the Tunisian army has registered since its 1956 independence.

The Ministry of Defense in a released statement gave assurances that those who were behind the attack will surely be dealt with. From the findings, it seems to be a multinational group because there was a Tunisian and some Algerians among the assailants killed during the attack.

Since December 2012, Tunisia’s security forces have been battling the militants hiding out in Mount Chaambi and Kef regions, which both straddle the Algerian border, launching a series of major land and air operations. The groups present in this region are considered to be having ties with Al-Qaeda in the Islamic Maghreb (AQIM).

The attack on the two army posts has triggered the “the war of a country and a people against an evil,” the army’s head of ground operations, Souheil Chmengui, stated. He added that it has marked the beginning of a new era in the country’s fight against terrorism. “This is open war” that will be fought “day and night,” Chmengui stressed.

Mountain Chambi and its surroundings have been termed as a closed military zone after growing threats from terrorist organizations especially after the Arab Spring.