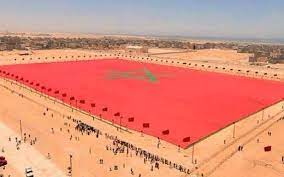 Bahrain has reiterated its support to the Moroccanness of the Sahara and to the sovereignty of the North African Kingdom, a support that materialized by the setting up of a Consulate General in Laayoune.

This came in a joint statement issued Tuesday in Marrakech, after talks between the Bahraini and Moroccan Foreign Ministers Abdullatif Bin Rashid Al Zayani and Nasser Bourita.

The Bahraini minister stressed that the position of his country supporting the Moroccanness of the Sahara was crowned by the opening of a Consulate General of the Kingdom of Bahrain on December 14, 2020 in Laayoune in the Moroccan Sahara.

This unwavering support continues in the framework of the UN and other regional and international organizations and fora, the Bahraini Foreign Minister was quoted as saying in the joint statement.

Bourita on his part reaffirmed the constant support of Morocco, under the leadership of King Mohammed VI, to Bahrain to face any interference in its internal affairs and any attempt to undermine its security, stability and national unity.

The two officials also expressed their deep satisfaction with the exchange of support between the two kingdoms regarding their candidacies for positions and membership in international and regional organizations, stressing the importance of continuing on this path in order to ensure a strong and active presence of the two brotherly countries in these organizations, and to serve both their national interests and those of the Arab region as a whole.

Besides international and regional issues of mutual concern, the meeting reviewed ways of upgrading bilateral relations to higher levels.

In this sense, the two parties stressed the importance of holding, during this year, the 5th session of the Moroccan-Bahraini High Joint Commission under the sign of the transition to a qualitative cooperation stage, marked by the involvement of governmental institutions and fundamental investments, focused on strategic priority sectors and aiming at achievable projects with a tangible impact on the development process and a direct impact on progress and prosperity in the two countries.

In a related development, Niger has also welcomed Morocco’s efforts to settle the Sahara issue, within the framework of the UN-led political process.

Nigerien Foreign Minister, Hassoumi Massaoudou, actually reiterated his country’s support for the political process carried out under the exclusive aegis of the United Nations for the settlement of the regional dispute over the Moroccan Sahara.
“Niger supports the position of the African Union, which enshrines the exclusivity of the United Nations as a framework for the search for a solution to the regional conflict over the Sahara issue”, underlined Mr. Massaoudou at the end of talks with his Moroccan counterpart Nasser Bourita, in marrakech.

Decision 693 of the AU Summit, held in July 2018 in Nouakchott, enshrines the exclusivity of the UN as a framework for the search for a solution to the regional conflict created over the Moroccan Sahara issue.