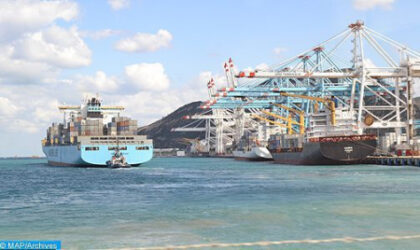 Morocco’s potential in terms of investment attractiveness and its positioning as a hub towards Africa were under the spotlight during a meeting organized recently at the Chamber of Commerce, Industry and Service of Geneva (CICG), in the presence of an array of economic actors and Swiss business leaders.

The meeting “Focus Morocco”, organized by the Swiss Chamber of Commerce in Morocco (CCSM) and the CCIG, was marked by presentations highlighting the opportunities offered by the Kingdom to investors including political and institutional stability, the control of macroeconomic balances, the strategic geographical position at the crossroads of Europe and Africa and a diversified economy.

Participants in the event also mentioned the free trade agreements signed with some 50 countries allowing access to a market of more than one billion consumers, as well as the adoption of strategies that give more visibility to investors.

Emphasis was placed on the development of infrastructure to international standards including the Tangier Med port, the establishment of several industrial zones, and the performance of Casablanca Finance City (CFC).

Director General of the CCIG, Vincent Subilia, stressed that “Morocco is a key economic partner for Switzerland, a market of the first rank, and a relay of growth especially for an exporting economy like that of Switzerland”.

For his part, President of the CCSM, Christophe De Figueiredo, said that this focus on Morocco is intended to present the wide range of investment opportunities that the Kingdom offers in different areas and to establish contacts between economic operators of both countries.

The Swiss ambassador to Morocco, Guillaume Scheurer, welcomed the holding of this event to “go a little further and closer to the reality of the Kingdom”. He highlighted the excellent level of diplomatic relations between the two countries, recalling the signing last December of an “ambitious” joint declaration that “paves the way for increased cooperation in all areas”.