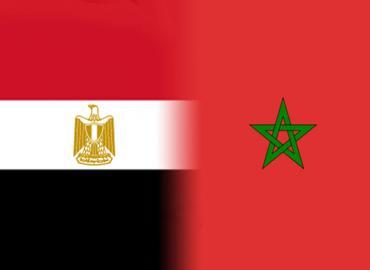 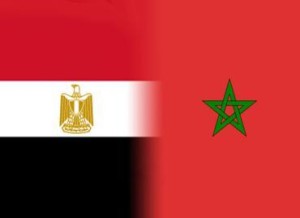 Morocco’s Foreign Affairs and Cooperation Minister, Salaheddine Mezouar, was in Cairo during the weekend to deliver a letter from the King to President Al-Sisi. He also met his Egyptian homologue, Sameh Shoukry, to discuss bilateral relations and regional issues. When Al-Sisi was elected as president, Morocco’s King Mohammed described him as someone possessing the qualities of “a veteran statesman” and the “qualifications of an insightful leader.”
After delivering the King’s letter to the President, Minister Mezouar met with Shoukry to discuss recent events in the Middle East and North Africa. They discussed topics ranging from the kidnappings and killings surrounding Israel and Palestine, the declaration of a new caliphate in between Syria and Iraq, and the latest elections in Libya.
Both Ministers have urged Israel to “seriously” investigate and persecute the murderers of Palestinian teenager Mohamed Abu Khudeir. His kidnapping, torture and killing is seen as a revenge for the kidnapping and murder of three Israeli teenagers last week. Tensions have reached boiling point. The ministers lamented that the breakdown of the negotiations has contribute to it as they blame Israel’s settlement policy “on Palestinian lands whose future should be negotiated.”
They turned their attention to Iraq stating that “political solutions” should be reached in order “to retrieve unity and face extremism and terrorism.” The declaration of an Islamic state by Abu Bakr Al-Baghdadi and his fighters in the territories of Iraq and Syria is being seen as a major challenge for peace in the region. The ministers are hoping that an Iraqi government involving “all the factions of the Iraqi society” will be a major step towards combatting the fighters.
Libya concluded legislative elections despite the ongoing security challenges and the achievement was applauded by Shoukry and Mezouar.