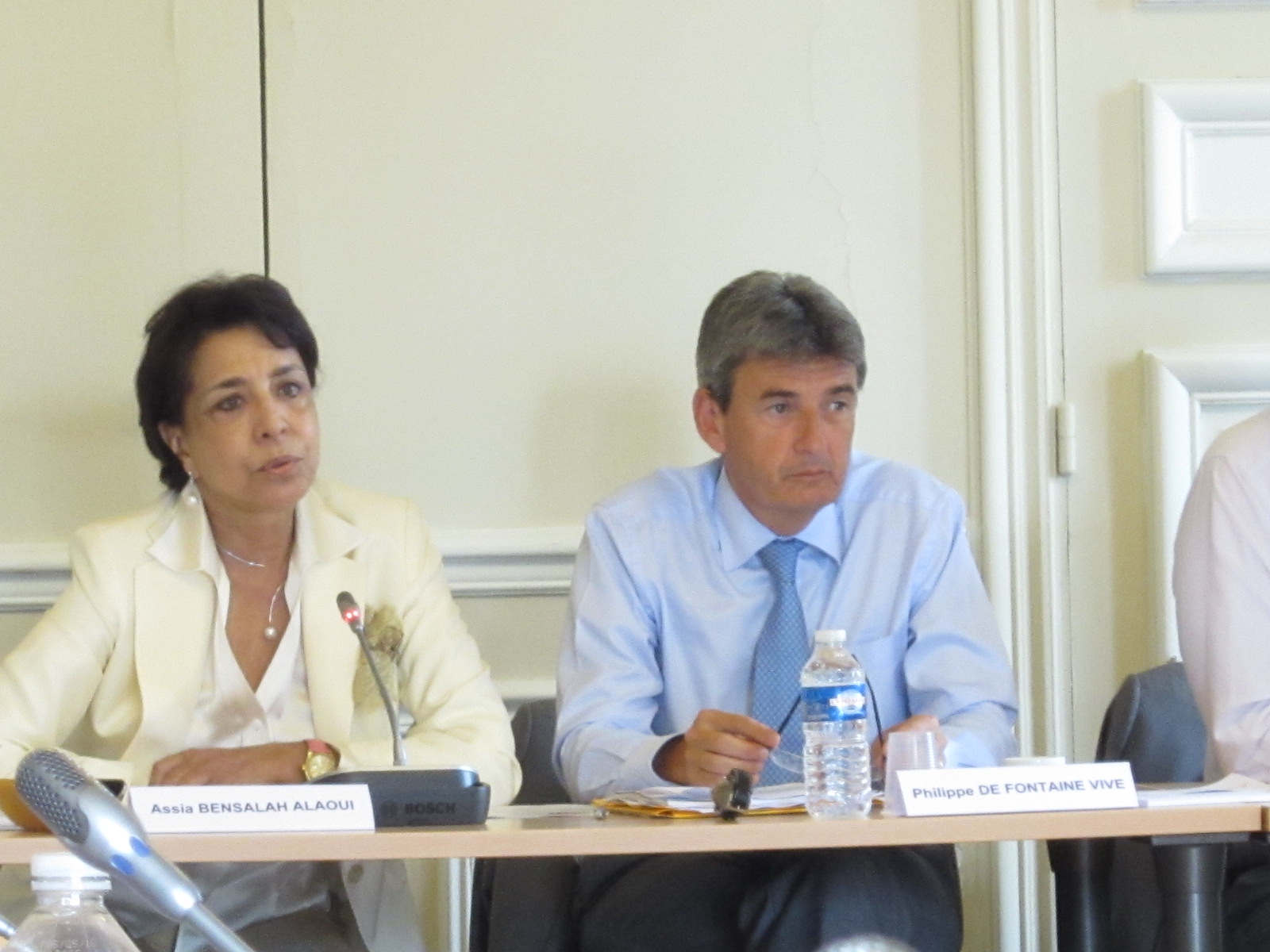 A Moroccan Elected Co-Chair of OCEMO 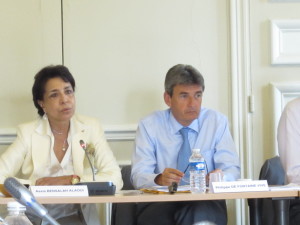 Ambassador at large of the King of Morocco, Mrs Assia Bensalah Alaoui, has been elected co-chairwoman of the Office of Economic Cooperation for Mediterranean and Middle East (French acronym OCEMO) for a three year term.
The election took place during OCEMO’s General Assembly held on July 3, 2014 in Marseille. The General Assembly, attended by some forty representatives of the OCEMO members, validated the renewal of the Board of Directors and unanimously elected, for a three-year period, three co-chairs, representing each of the three shores of the Mediterranean, namely the Maghreb, the Mashreq and Europe.
Besides Mrs Bensalah Alaoui, who will represent the Maghreb, Europe and the Mashreq will be respectively represented by Mr Philippe de Fontaine Vive, First Vice-President of the European Investment Bank and Mr Mouïn Hamze, Secretary General of France’s Centre National de la Recherche Scientifique (CNRS).
The OCEMO seeks, through the enlargement of its presidency, to strengthen its governance and to benefit from the experience and knowledge of these three renowned personalities to upgrade its actions, expand its projects and initiate new partnerships.
Taking the floor before the General Assembly, Ms. Assia Bensalah Alaoui, who is vice-chair of the Morocco-Japan Friendship Association, member of several think tanks, and sits on the board of trustees of various associations, including l’Institut Royal d’Etudes Stratégiques, l’IRES, (Morocco), the Moroccan-British Society, the Club de Rome, the Bibliotheca Alexandrina (Egypt,) the Alawite Foundation for Human Development in Africa, and the International Advisory Board of CITpax (Centro International de Toledo para la Paz,) underscored the importance of solidarity in the Mediterranean and paid a special tribute to Mediterranean women.
She voiced resolve to contribute, as OCEMO co-chair, the Office efforts to make of the Mediterranean a more cohesive, less fragmented, and better coordinated region able to meet all challenges. “The Mediterranean is an essential component of Morocco’s three-pillar geopolitical balance (Sahara, Atlantic and Mediterranean) and is also a major dimension of our plural identity,” she said.
Mrs Bensalah Alaoui hailed the OCEMO approach that focuses on economic issues, “to meet the challenges of unemployment, exclusion and insecurity which threaten the future of our societies and our youths,” insisting on the need not to forego the dimension of culture since cultural innovation and creativity contribute to foster all other sectors.
The OCEMO new co-chair who underlined the virtues of multiculturalism and diversity, which are rather “an obvious banality” in the Mediterranean, a melting pot of civilizations and diversity, deplored that this diversity is “oppressed, criticized, or denied.”
“The interbreeding, which is at work in our area, yet seems a prelude to the emerging Mediterranean identities,” she said hailing the OCEMO for being sensitive to this essentially rebellious youth and to this civil society that increasingly asserts itself and for helping them to make their voices heard and their dreams come true through concrete solutions.
The OCEMO actually defines itself as the “voice of civil society in the Mediterranean,” and as an institution that “sparks, guides and promotes actions to enable the economic and social development in the Mediterranean ecosystem.”
Being aware of the growing role played by civil society in the economic and political sphere worldwide over the last two decades, the OCEMO wishes to promote a joint debate with public actors and civil society activists, as the ongoing economic, social and environmental transformation requires mobilization and action from all society components.
The Office seeks to promote cooperation, foster constructive dialogue between different economic actors in the region and underlie all debates, actions and projects with a regional perspective on the key issues of youth, employment and entrepreneurship.
OCEMO was set up in 2011 in the aftermath of the Arab Spring as a think tank bringing together more than twenty institutions and networks from the Euro-Med area that represent nearly 180 research laboratories and economic development agencies active in economics, investment, education and training, project design and funding, in the whole Mediterranean/Middle-East area – i.e. the 43 members of the Union for the Mediterranean and the Gulf.