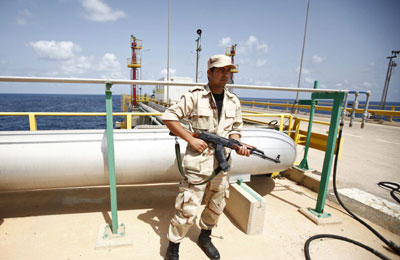 Libya : Es Sider and Ras Lanuf handed to the government 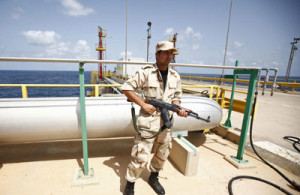 The long awaited opening of Es Sider and Ras Lanuf is finally over after the announcement by the rebels that the government could use it to “resume operations.” The two oil ports have a combined capacity of 560,000 barrels per day. The government has welcomed the move which is seen as a supporting gesture to the newly elected parliament. The National Oil Corporation is expected to take over the ports.
According to the spokesman of the self-declared Executive Office for Barqa, an aspiring region in the east seeking for autonomy, Ali Al-Hasy said their decision was motivated by the inclusion of “well-known patriots” in the new assembly and Barqa’s executive office desire “to encourage them to fight corruption and protect the natural resources of the nation.”
Libya is heavily reliant on oil revenue and operations in Es Sider and Ras Lanuf will help to reduce the exorbitant budget deficit. Government representatives including Justice Minister Salah al-Mirghani and a delegation of the Barqa federalists sealed the agreement yesterday in the eastern city of Tobruk, Al-Hasy said “the facilities in Es Sider and Ras Lanuf are in very good shape, they are ready to operate.”
Libya’s production could now surge to more than a million barrels per day from the current 320,000. Four other terminals namely: Zawiya, Mellitah, Hariga and Zueitina are under the government’s authority but they are not being operated because oilfields linked to them are controlled by other factional rebels.
With the determination to reach its prewar production, authorities have announced that they will pay the salaries of Petroleum Facilities Guard who defected to the Barqa group during the blockade and to implement a preliminary agreement reached on April 6 “in the next few days.”