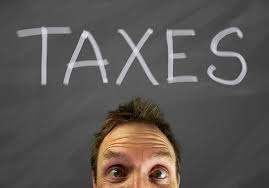 One of the first economic reforms under President Al-Sisi has been announced. Henceforth, a 10% tax will be levied on capital gains and stock dividends but the percentage could be lowered to 5% in some cases. The taxes are expected to generate between 3,5 and 4,5million Egyptian pounds.
The new law was approved by the President on Tuesday but there was no mention of when it will be implemented. Tuesday was a bank holiday in Egypt. The Stock market will be open on Wednesday and there are fears that it will register negative impacts.
The announcement has made Karim Abdelaziz of Al-Ahly Fund & Portfolio Management skeptical because he recalls the consequences of a similar announcement that was made last month. “We got a shock before and we saw the effect” later on, he warned. Another investor described the law as an “investor’s bogeyman” while Ehab Rashad of Mubasher for Securities pointed out that “the problem is not trading tomorrow or the day after … the problem is with new investments. Will the taxes attract investment or repel it?”
A statement from the presidency presents the new law as a “response to the major challenges” the economy is undergoing thereby making it necessary for the “coordination of all efforts to protect and rebuild confidence in it.” Profits from stock market transactions in Egypt were previously tax-free. Three years of political turmoil has left a huge negative impact on the Egyptian economy.
Authorities are hoping that they will be able to boost state revenues without discouraging investment. The state has been relying heavily on aid from the Gulf Allies for the past years.
Newly elected President Al-Sisi is expected to help the country regain its lost glory.