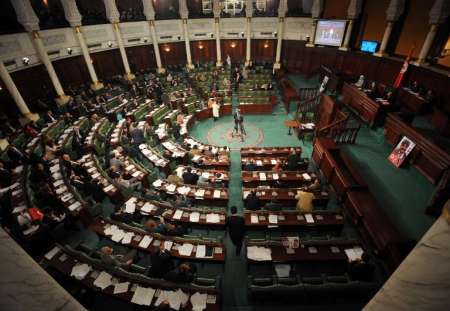 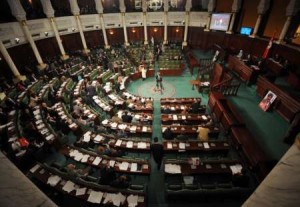 Members of the Tunisian parliament have finally agreed on the days to be set aside for the parliamentary and presidential elections. The country’s transition towards democracy after the departure of President Ben Ali has been challenging. A caretaker government has been overseeing the process after the Ennahda led coalition government was forced to step down.
Parliamentary elections will be held on October 26 while the presidential election is scheduled for November 23. In case a second round is needed for the latter, it will be held at the end of the year.  The commissioner of the electoral commission, Chief Sarsar, gave assurances that the elections will be free, fair and transparent.
The polls will be the first since Tunisia adopted the new constitution this year, and the second since Ben Ali fled the country. More than 1000 international observers have been invited to monitor the elections which are expected to be among Tunisia’s last transitional process.
Tunisia’s new constitution is considered as a being democratic and could promote the evolution of the society in what continues to be a fragile region as long as stability is concerned. According to the constitution, a new government should be elected before the end of the year.
Nonetheless, Tunisia’s relatively smooth progress contrasts with the turmoil in Egypt, Libya and Yemen, which also ousted long-standing leaders three years ago. Peaceful elections this year could help to restore investor confidence in the slumping Tunisian economy, which is highly dependent on foreign tourism for revenue.
It is unclear if Ennahda will continue to be among the top contenders after the assassination of top opposition figures during their tenure in office. Nida tounes is expected to be a serious contender in the elections.