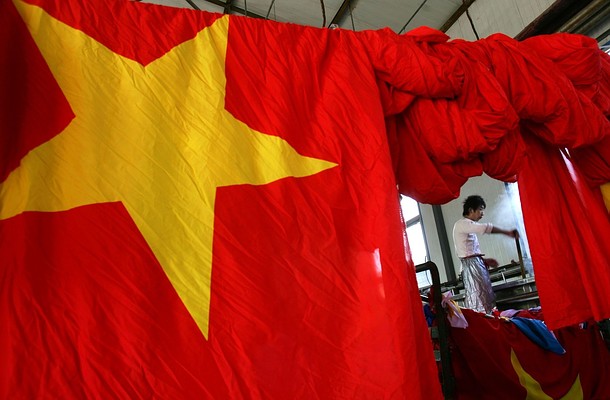 The current international environment has been significantly shaped by three defining events: the eurozone crisis, the ‘Arab Spring’ accompanied by the rise of political Islam in North Africa and the Middle East, and the continuing rise of China’s global influence. A closer look at these three seemingly disconnected events reveals that they are in fact intrinsically related and intertwined. While the eurozone countries’ top priority in the immediate future will be to recover and rehabilitate from the crisis through economic revitalization and system reform, China will likely enjoy some comparative advantages (despite facing its own economic challenges) providing it with historic opportunities and a greater leeway to expand its influence in North Africa and the Middle East.

Following the series of Arab Spring revolutions around the region, democratic elections catapulted different Islamist groupings into power – from the extremist periphery straight to the political center. This until recently unconceivable development has left deep marks on the strategic direction and calculations of the European Union (particularly France, Italy and the United Kingdom), the United States and Russia. During the WWII, the American and British military strategists were aware that Japan’s key strategic objective was to gradually move – through the China, Burma and India Theaters – to the Middle East and ultimately take control of the Suez Canal. Therefore, policy-makers in Washington and London knew all too well that Suez Canal – a strategically important waterway that borders North Africa – and the adjacent territories must not fall into enemy hands. The current relative weakness (caused mainly by being distracted by its economic woes) of the key European countries who traditionally saw North Africa as their own ‘sunny backyard’ has opened a window of opportunity for China to be more assertive in extending its influence, both economic and political, in the region. However, China uses a much more subtle means than Japan did more than half a century ago.

“While Washington has recently sought to refocus its diplomatic and military attention to the Asia-Pacific region – in a strategy that Obama’s administration has dubbed ‘American pivot to Asia’ – rather than Middle East, Beijing has managed to expand its clout simultaneously both in Asia and in the MENA region.”

In practical terms, China seeks to enhance military capability to project its power in the seas off its coast and is concurrently pursuing what could be described as a multidimensional strategy with the aim to limit U.S. traditional military strength and significant influence in the Middle East and North Africa. This asymmetric strategy combines the enduring effort to build and nurture soft power relationships, particularly by deepening economic ties with key American key allies, and offering an alternative, non-confrontational foreign policy that is not seen in the region as interfering into the states’ internal affairs. A case in point is the situation following the series of Arab Spring revolutions: in stark contrast to China that has generally taken a status quo attitude towards regime change, both the U.S. and EU supported popular democratic transitions, whereby the newly appointed Islamist-led governments may now seek to gradually ‘rebalance’ their countries’ relationships with the Western powers in general, and with Washington in particular.

From a geopolitical perspective, Algeria, for example, which has traditionally enjoyed strong relations with China, is key to grasping the dynamics that shape contemporary Sino-Algerian ties and China’s overall strategy in the MENA region. It is telling that, in May, news was leaked that Algeria was buying three 2,800 ton corvettes, each supposedly equipped in a similar fashion to two Russian Stereguschyy class corvettes Algeria had ordered a year earlier. Moreover, the number of Chinese living and working in Algeria is estimated to be as high as 50,000, making them one of the largest communities of overseas Chinese in the whole African continent. When Egypt’s Islamist president, Mohamed Morsi, visited China recently – just two months after coming to power – at the invitation of President Hu Jintao, he sought investments there that would enable Egypt to dispense of the Western loans and aid. While pursuing a rapprochement with Beijing, Morsi has also articulated the ambition to decrease Egypt’s dependence on billions of dollars in U.S. foreign assistance and financing from Western financial institutions. Some observers even go as far as suggesting that Morsi’s Egypt may be headed for the country’s most significant foreign policy shift since President Anwar Sadat’s expulsion of the Soviets in 1972 and subsequent reorientation to the West.

This is not to say that China is set to replace the U.S. and the EU as the region’s two most influential extraterritorial powers. However, it would be wise for regional elites and strategic planners to carefully watch China’s effort to expand – very often in novel, creative and productive ways – its clout in the MENA region. In any case, these ongoing trends could significantly shape, if not alter, the geostrategic landscape of North Africa and the Middle East in the 21st century.