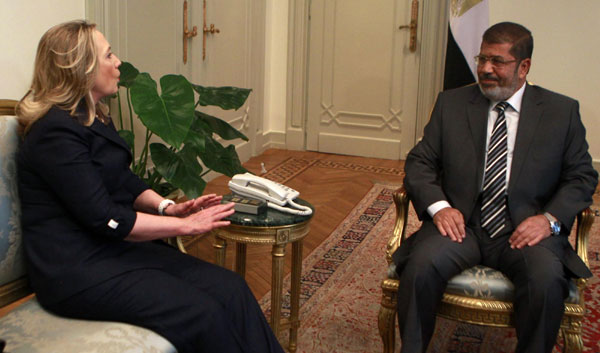 Will Egypt-US Relations Sour Over Aid? 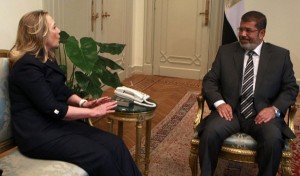 US House lawmakers have blocked a $450 million emergency aid the Obama administration was planning to give to the new government of President Mohammed Morsi, facing unprecedented economic crisis, with an estimated budget deficit of $12 billion.
Republican Rep. Kay Granger of Texas, chairwoman of the Appropriations subcommittee on foreign operations, says “I am not convinced of the urgent need for this assistance and I cannot support it at this time”, putting hence the aid on hold.
According to some analysts, such a move will certainly anger Mr. Morsi, a former leader of the Muslim Brotherhood, and strain further relations between Cairo and Washington.
The stalled aid is part of the $1.3 billion in assistance that the Obama administration has pledged to Egypt to support its transition to democracy after the toppling of the former president, Hosni Mubarak by a popular uprising. Now the aid in big doubt as it encountered tough opposition at the Congress following the attack of US embassy in Cairo by protesters over anti-Islam trailer that sparked widespread riots in the Muslim world.
The growing anti-American rhetoric in Egypt and Mr. Morsi’s slow response to the angry mob that stormed US embassy in Cairo have raised serious concerns in Washington particularly among republican hawks and friends of Israel, wary of the current course of Egypt under the Muslim brotherhood leadership.
However, the US administration stresses the need to support the governments that have emerged from the Arab Spring uprisings, including those in Egypt, Libya and Tunisia.
Washington feels it necessary to provide financial assistance to its partners and allies in the Middle-East region, fearing that the extremists might step in to hijack Arab Spring revolutions to serve their agendas and hatred ideology. The debate over foreign aid is heating up in the US media, making an unexpected appearance in the presidential campaign.
For most Democrats, it is necessary for the United States to stand by its friends to overcome difficult times. They are convinced that the aid spurs the growth of small and medium businesses, helps create jobs, supports democracy, human rights protection, and economic recovery.  But  the Republicans call for assistance overhaul and are in favor of boosting investments and a more active role of the private sector in developing countries.
All US aid to Egypt depends on meeting certain requirements, including the respect of human rights, democratic values and the Camp David peace treaty with Israel.