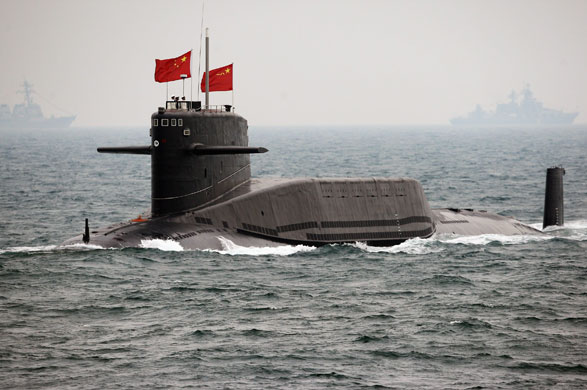 There was no breakthrough in the East China Sea island dispute between China and Japan on the sidelines of the UN General Assembly in New York. Foreign ministers Koichiro Gemba and Yang Jiechi were reported to have had a “severe” exchange. This is bad news for business in the region as the row with China has already cost Japanese companies millions of dollars in lost business.

The Sino-Japanese row over a few uninhabited islands in the East China Sea has already made a few victims: Japanese airways and car companies.

Indeed, All Nippon Airways announced recently that 40 000 seat reservations had been cancelled on flight between China and Japan from this month to November. In the car sector, Nissan said it was halting production in China until October 7th to reflect demand. A similar decision has been taken by Toyota at its Guangzhou and Tianjin plants. According to Zhang Zhiyong, an auto consultant, there is a difference between the previous Sino-Japanese tensions and this summer’s row: “Japanese carmakers were hardly affected by previous rows, but became a main target for protesters this time, because Japanese cars never had such an important market share in China”. Dozens of Chinese cities saw protests this month against the Japanese government’s “purchase” of the Diaoyu islands (known in Japan as the Senkakus). The Japanese government justified the move by saying that it wanted to prevent Tokyo’s nationalist governor from buying them. Nevertheless, it spurred a series of tense coastguard encounters in the waters surrounding the islands.

But this hawkish stand could well backfire. According to Hu Shuli, the editor-in-chief of Caixin Media, “any major disruption to bilateral trade would hurt both China and Japan”. Indeed, Japan is China’s largest trading partner – Japan is China’s second largest- and it is strongly integrated into China’s supply chain: it exports parts and components, which are then assembled in China and exported to the rest of the world. Some of these components are hi-tech, high-valued-added products which are not easy to replace. Moreover, many Japanese companies employ Chinese workers. A boycott of these companies could cause massive job losses. Let alone the block on useful transfer of technology that comes along with imports.

The escalating tensions between Japan and its neighbour also threatens a trilateral trade agreement between China, Japan and South Korea which would create a free trade zone with an economic weight approaching that of the EU and the North American Free Trade Agreement. If the trilateral FTA eventually became real, it could reshape the whole balance of the global economy. Negotiations between the three East Asian countries were expected to start in Seoul at the end of this month, after a decade of preparation, but experts say they will probably be delayed.

“Are there signs that this conflict could ease in the next few months? Not really…”

Japan is facing perilous upcoming general elections. The main opposition party picked former Prime Minister and security hawk Shinzo Abe as its new leader. The announcement came as a shock, as Abe was the most vocal in urging Tokyo to take a tougher line in its territorial dispute with China. Moreover, opinion polls suggest that Abe’s party, the Conservative Liberal Democratic party will come first in the election expected within months. Similarly, in China, the Chinese Communist Party (CCP) prepares for its 18th Congress, which is due to approve a once-in-a-decade leadership transition. Sharp factional divisions have emerged this year in the CCP leadership, in particular over the orientation of economic and foreign policy. The congress had been expected in October but no date has been announced yet—a sign that the differences have not been resolved. The outcome of the territorial disputes is fundamentally linked to the politicians who are going to lead both countries in a few months. Which leaves some time for more cat and mouse game in the East China Sea.