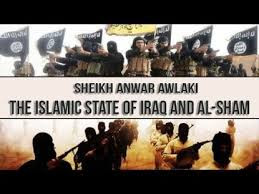 How Maliki Created Propitious Conditions for the Unraveling of Iraq

With the spectacular fall of Mosul to the Islamic State of Iraq and Al Sham (ISIS) and the humiliating retreat of the US-equipped Iraqi Security Forces (ISF), Iraq’s future as a unified state hangs in the balance. ISIS represents only a symptom in the current crisis facing Iraq, the deep causes lie in the grab on power by Maliki who has been pursuing a sectarian agenda during his last two terms in office to the detriment of Sunnis and Kurds. While some of Iraq’s current problems can be ascribed to the mistakes of the US-led occupation, most of the issues jeopardizing the future of the country now are self-inflicted. To many secular, Sunni and Kurdish political leaders, Maliki has undermined Iraq’s unity which is increasingly spoken of as a “thing of the past”.
ISIS’s recent inroads in northern Iraq took place at a context Prime Minister Nouri Al Maliki was struggling to secure a third term in premiership after his State of Law alliance won most seats in the parliamentary elections last May. Since he took office in 2006, Maliki has created more enemies than allies in the Iraqi political arena. By monopolizing power and sidelining partners, Maliki wanted to fulfil his vision of a strong centralized state. This endeavor was seen by his political opponents as a move towards a sectarian dictatorship. Maliki is also criticized for having politicized Iraq’s large security forces which became personally tied to him, especially after he appointed his son deputy chief of staff.
Maliki’s authoritarianism was coupled with endemic corruption and the state’s failure to deliver basic services on a regular basis to all citizens. In his last two terms, the institutions created during the US occupation with the task of ensuring checks and balances against the government were seriously undermined mainly through intimidating independent officials to quit their posts. These bodies include the Committee of Integrity, the Independent High Electoral Commission, The Central Bank and the High Commission for Human Rights. It is no coincidence that Iraq lags behind in the 171st place out of 177 states in the Transparency International’s 2014 Corruption Perception Index.

At the political level, Maliki has pursued the goal of strengthening the central government’s powers over the regions setting himself in opposition to the Kurdish and Sunni political formations that defend a more federal framework. His vision of the cabinet is centered on the majoritarian rule platform as a way to circumvent power sharing and ensure Shia majority domination in the executive. To that end, Maliki was successful in weakening his main rival the pro-decentralization secular Iraqia Coalition of Iyad Allawi by using what is largely perceived as made up charges. In 2011, Maliki sent security forces under his son’s command to arrest Deputy President Tariq Hashemi – who managed to leave the country through Erbil- on alleged terrorism charges. The same fate befell Iraqia finance Minister Raffie Issawi in 2012 whose house and office were raided by security forces leading to the arrest of around 100 people of his entourage on alleged terrorism charges. This crackdown alienated the Sunni community who saw their key politicians being removed from what was supposed to be a coalition government.
In the face of Maliki’s Shia favoritism, the Sunnis launched a wave of large-scale popular protests against the central government in Anbar and Ramadi which lasted from September 2012 until the violent dispersion of the last protest camp by the Iraqi Security Forces in January 2014 in Ramadi. Maliki’s use of excessive force further exacerbated sectarian tensions in Iraq with 8800 people killed in 2013 alone.

Against this backdrop of deepening sectarian divisions, ISIS – the successor of the Al Qaeda branch in Iraq- found fertile conditions for recruitment among the disenchanted Sunni youth. Buoyed by its gains in the war in Syria and its control of Fallujah and Ramadi, ISIS entered into an alliance of convenience with other Sunni insurgents, notably the Baathists’s General Military Council for Iraqi Revolutionaries (GMCIR) and the Army of the Men of the Naqshabandi Order that facilitated the swift takeover of Mosul and other strategic towns including Tikrit and Baiji, home to Iraq’s largest oil refinery. This odd alliance between ISIS and secular Baathists can only be explained by the metric of the enemy of my enemy is my friend. Both have interest in bringing down Maliki’s regime which they perceive to be a puppet of Iran.
As ISIS is set to move south to Baghdad, Maliki called for the establishment of a volunteer army. This was a clear invitation to three main Shia militias of Asa’ib Ahl al-Haq, Jaish al- Mahdi and the Badr Brigades to reorganize, recruit and mobilize. This contributed to throwing more Sunnis into the arms of ISIS fanatics who now claim to be the defenders of Sunnis against an upcoming sectarian war where Iran is also expected to intervene.
At the same time, the mayhem triggered by ISIS advance offered the Kurdistan Regional Government (KRG) a historic opportunity to turn the tables on Baghdad by asserting control of large swathes of disputed areas. The long standing claim to the city of Kirkuk by the Kurds was materialized in a couple of hours by the Peshmerga forces who rushed to take the posts deserted by the retreating ISF in the multi-ethnic city of Kirkuk. After securing considerable territorial gains, the Kurds are not likely to accept the status quo ante and are set to go on their own towards independence.

Maliki takes most of the blame for current crisis

Maliki has also used the current crisis to galvanize the support of the Shiites for a third term in premiership further stressing the sectarian character of the central government. Maliki’s failure to outreach to the silent majority of Sunnis during his last two terms in office and his divisive policies has largely led Iraq to the current crisis that borders on a civil war.  Iraq’s future as a state hangs in the balance. With the fall of Mosul, Iraq is now de facto partitioned into three areas: a Kurdish autonomous region in the north east, a predominantly Sunni area in the west under the control of ISIS, Baath insurgents and Sunni tribes, and a Shia area to the south.