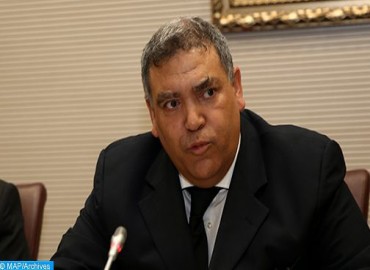 Mr. Laftit was accompanied in the meeting by a delegation including Idriss Jouhari, Director Internal Affairs, Khalid Zerouali, Director of Immigration & Border Surveillance and Mohamed Moufakir Director of International Cooperation.

The Dubai-based ISA group, officially launched in 2017, is formed of UAE, Bahrain, France, Italy, Spain, Morocco, Senegal and Singapore. The member countries coordinate actions and share expertise, data and intelligence on terror & extremist threats and track down their funding sources.

This alliance  represents an international working group, meant to fight extremism and cross-border crimes , with the aim of strengthening the security and safety of member countries.

The participation of  Morocco in the fourth session of this alliance is part of the consolidation of relations between member states, especially in the field of protection against electronic dangers and will provide the opportunity to discuss ways to strengthen the proactive prevention of crimes of extremism and cross-border terrorism.