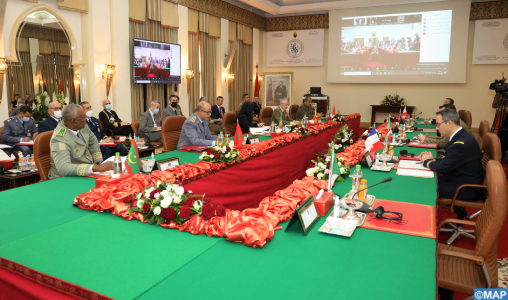 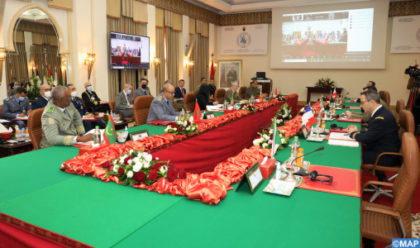 Morocco is hosting this March 29-30 the 34th meeting of the Steering Committee of the member countries of the 5+5 Defense Initiative that will assess the situation on the projects initiated within the framework of the Initiative, update the Action Plan for the year 2022, and draw up the draft Action Plan for the year 2023, which will be chaired by Portugal, a press release from the General Staff of the Royal Armed Forces said.

The heads of participating delegations expressed, in their respective addresses, their attachment to this initiative and their commitment to ensure the success of the activities planned under the 2022 Action Plan.

They also expressed their satisfaction with the level of cooperation between the member countries of the initiative, underlining its important role for security in the region and the need to maintain channels of communication and dialogue to address common security challenges.

The steering committee of the 5+5 Defense Initiative is in charge of developing and monitoring the execution of the annual Action Plan, presenting the progress report on its execution and proposing to the Defense Ministers of member countries the priority activities for the following year.

The 5+5 Defense Initiative is a regular framework for rapprochement and cooperation dedicated to defense and security issues. It seeks to promote the exchange and sharing of knowledge, facilitate the interoperability of armed forces, and develop ties of trust and mutual understanding.

The meeting made it possible to analyze the latest developments in cooperation in areas of common interest, namely maritime surveillance, air security, the contribution of the armed forces to the protection of the civilian population in the advent of a natural disaster, training and academic research.

The 5+5 Defense Initiative gathers France, Italy, Malta, Spain and Portugal for the Northern shore of the Mediterranean; and Mauritania, Morocco, Algeria, Tunisia and Libya for the South.