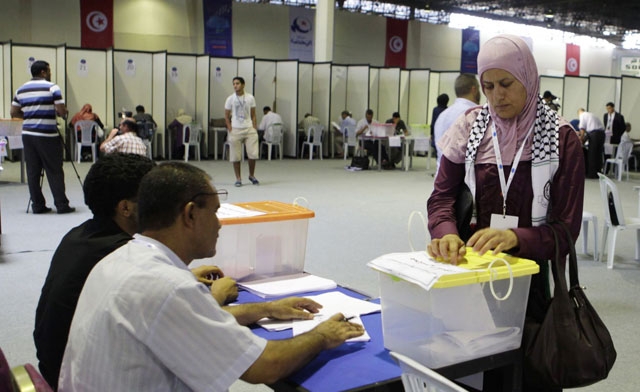 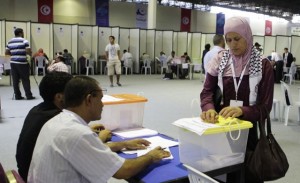 Political parties in Tunisia tend to agree on the dates set aside by the Independent High Authority for Elections (ISIE) for the legislative and presidential elections. Tunisia has been able to maneuver its way through the transition despite a couple of challenges from the Salafists and the tensions which resulted in the assassination of high profile opposition figures.
Members of Ennahda and Nidaa Touness supported the schedule presented by the ISE although they have certain concerns with regards to the proposed dates of the presidential elections.
Osama Al Saghir, a member of the NCA, belonging to the Ennahdha party said he is in support of the legislative elections slated for October 26 and November 23 for the presidential elections. However, he pointed out that he has “a minor issue with ISIE setting a confirmed date for the second round of the presidential election, as the time needed between the two rounds depends on whether candidates dispute the results of the first round.” The second rounds are scheduled to take place on December 26 if the first round doesn’t provide a winner.
Campaign for the elections will begin on October 4. Selim Ben Abdessalam of Nidaa Tounes and also a member of the NCA believes that a new law should be voted to allow another body “other than the NCA the power to change the dates in case of delays.” He fears that members of the NCA will be too busy campaigning than to meet on deciding election dates.
Selim agrees with Al Saghir worries but underlined that they must abide by the constitution which states that elections must be completed “by the end of the year” as he admits that the situation “is not ideal” but “there is no other option.”