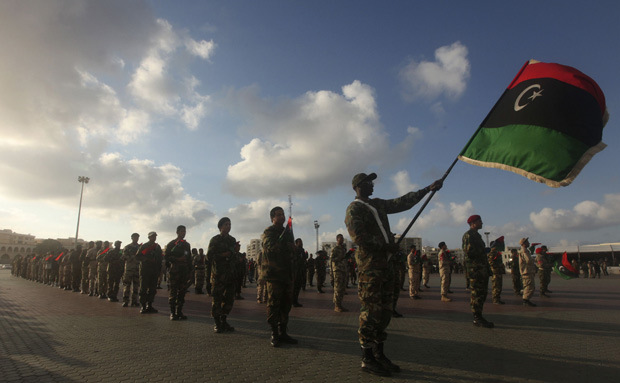 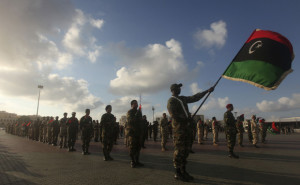 A former Libyan General, during the Gadhafi regime, has accused Qatar of wanting to weaken the state. General Khalifa Haftar’s allegations came at time when he claims to control more than 75% of Benghazi. The General is leading a militia that has vowed to uproot Islamists in the North African country. The government in Tripoli does not approve of his actions.
Speaking about the hindrances he has been facing with his troops during an interview with al-Hadath, General Haftar stated that Qatar is against their progress. He claimed that the Gulf state “has been targeting us [him] from the first day we arrived to the country” and has always placed “obstacles” to block “Operation Dignity;” a codename for his military offensive aimed at breaking the strength of Islamist militias and their supporting political factions dominating the parliament.
The battle for the control of Benghazi is still ongoing. Haftar said that he is having the upper hand against the Islamists after a month since the campaign begun. He said they will be “victorious in a short time” because they are in a “much better position than before.”
Politics has heavily divided Libya thereby hindering its transition towards democracy. Haftar claimed that several Libyan officials are collaborating with Islamist radical groups such as al-Qaeda and Ansar al-Sharia. He lamented that the trend is likely to continue because Qatar has “placed obstacles to an extent it didn’t want no police or army and is still insisting on that.”
Haftar finally applauded the cooperation they have with Egypt, Chad, Niger, Mali, Algeria and Tunisia before singling out Sudan’s ambiguous position. “There are instances that show that there are those who are supporting these terrorist groups starting from Sudan, and we do not wish for that,” he said.