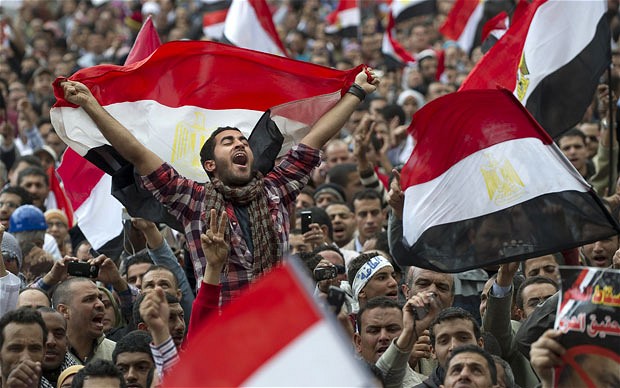 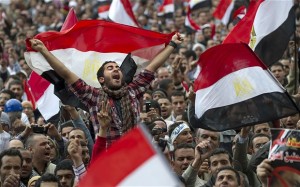 Congratulatory messages have started flowing into Cairo from the international community after ex-Field Marshall Al-Sisi was announced as the winner of the presidential elections. His victory didn’t come as a surprise to many. Egypt faces challenges that have to deal with security, stability and reconciliation. Al-Sisi in his speech to the nation said the time has come to work hard for a better future.
Egypt held elections under a fragile atmosphere but there were no major incidents. President Al-Sisi thanked the voters and all those who helped in the organization of the elections.  He applauded his opponent Hamdeen Sabahi and reminded Egyptians that they have a crucial role to play in shaping the country’s future. Supporters of the Muslim Brotherhood and the militants in the Sinai could pose a threat to a peaceful transition.
The United Nations through its Secretary General Ban Ki-moon congratulated “the President-elect” of Egypt before stressing that “democracy is inextricably linked with the three pillars of the United Nations — peace and security, development and human rights — and urges Egyptian authorities to strengthen democratic institutions and practices.” Hundreds of Muslim Brotherhood supporters have been arrested and jailed; some of which have been sentenced to death.
Ban Ki-moon said the UN has taken note of the official results and will continue to be “fully engaged” in “fostering long-term security and stability, by allowing for peaceful political dialogue and contestation, as well as creating a conducive environment for good governance, development, and promoting and protecting human rights.”
Other countries such as Britain, Jordan and Morocco have also sent in congratulatory messages. They all hope that the country will soon become stable and secure as they wish for stronger ties between their respective governments.