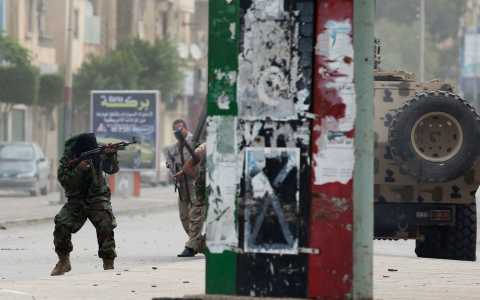 U.S warned that Libya will be worse, Ansar al-sharia 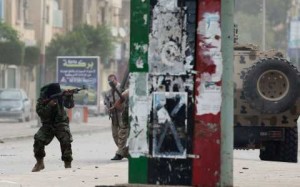 The power struggle in Libya has led to a cocktail of factions all aspiring to rule the country or at least a portion of it. The government seems to lose control of the country. The rebels and Islamist groups are enjoying the upper hand. In their bid to increase their influence in the North African country, Ansar al-sharia has warned Washington not to intervene or risk witnessing worse than they have had in other countries.
Libya’s return to stability has been a major challenge for the authorities. The newly controversially elected Prime Minister, Ahmed Maiteeq, had his home attacked with RPGs by unidentified individuals. The attack highlights the political differences that are widely dividing the country.
Attacks on government officials are common in Libya after the toppling of the Gadhafi regime. The Diplomatic Corps is not an exception; some have been killed, attacked with bombs and rockets or kidnapped.
The presence of US marines in the Mediterranean Sea has caught the attention of Mohamed Zahawi, head of the Benghazi brigade of Ansar al-Sharia.  He reminded the U.S “of their defeats in Afghanistan, Iraq and Somalia” before warning them that Libya will be “much worse.” He claimed that the former Gadhafi general Khalifa Haftar, who is leading a self-declared campaign to purge Libya of Islamist militants, is being supported by the U.S because they want to “turn the country towards war and bloodshed.”
An official in Washington under the condition of anonymity denied allegations. “That’s ridiculous, but coming from a terrorist, not unexpected” he said. Ansar al-Sharia, listed as a foreign terrorist organization by Washington, was accused of orchestrating the 2012 attack on the U.S. consulate in Benghazi in which U.S. Ambassador Chris Stevens and three other Americans died.