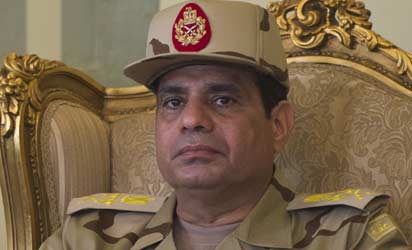 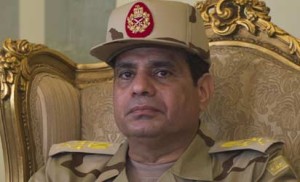 Al-Sisi is defiant to publish his entire program because he believes some of it could jeopardize national security. There have been demands for him to present his plans to Egyptians just like his presidential opponent but the Former Field Marshall remains adamant and continues to dominate the race for Egypt’s presidency. Polls will be opened on Monday but there are fears that violence could affect certain regions.
Al-Sisi is expected by many to win the elections despite the absence of a detailed policy program. He said those who asked him to contest the presidential elections should have asked him “in the first place what my program was?” He added that the decision to publish only some part of his manifesto is because “there are some things you can be public about and some things you can’t” before reminding his compatriots that they must not for Egypt’s national security.
Al-Sisi is contesting the seat with Hamdeen Sabbahy. The latter is a veteran leftist politician, is expected to poll well among some younger urban voters. But much of his support base is also likely to join the boycott called for by the Brotherhood and some liberal and left-wing groups. Sabbahy has been very active on the terrain to lure voters on to his side. He is also very vocal against al-Sisi’s decisions after the coup d’état.
Egypt experienced an uprising against the Mubarak regime but Al-Sisi wants to come with his own revolution if he wins the elections. His economic policies entail vastly ambitious schemes such as filling the deserts with new cities and turning the sands into sustainable agriculture. He wants “hard work and self-denial” should be the motto in rebuilding Egypt.