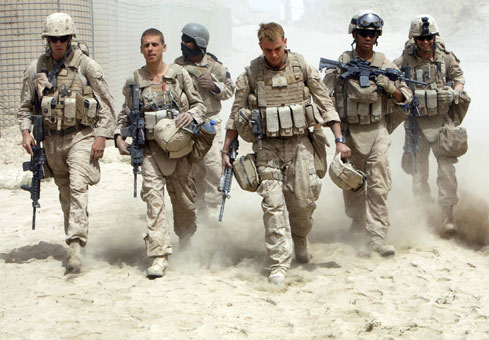 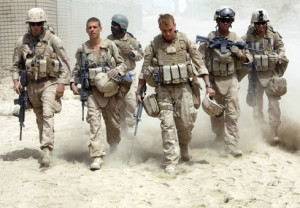 U.S marines have been deployed to southern Italy due to “the general unrest in Northern Africa”, Pentagon spokesman Colonel Steven Warren stated. The decision to move 200 marines from Spain to Italy is seen as a “prudent measure” to avoid a repeat of the scenario which led to the killing of Christopher Stevens while serving as an Ambassador in Libya. The incident is still subjected to a heated debate between politicians in the US.
Although the pentagon failed to precise which country is highly concerned about the “general unrest,” an anonymous source revealed that the State Department is worried about the rising violence in Libya. He added that there are no plans to evacuate the embassy even though they have remarked that “a deterioration of the security situation.” The State Department is believed to be behind the decision to move the marines closer to Libya.
U.S authorities admitted for the first time in March that “terrorist groups” are present in Libya especially in the cities of Benghazi and Derna. Both cities are located in the east and have had an experience in Islamist militancy.
Libya’s central government has struggled to assert its authority over the vast, mostly desert country, which is effectively ruled by a patchwork of local militias and awash with weapons. Its authority is challenged even in the capital. Some government officials have militias because of the quasi existence of a military or police force controlled by the government.
Meanwhile, the marines stationed in Sigonella, southern Italy, at the US naval air base and are equipped with four tilt-rotor Osprey aircraft as well as two KC-130 refueling tankers. Protests in the North African countries have become very popular since the beginning of the Arab Spring.