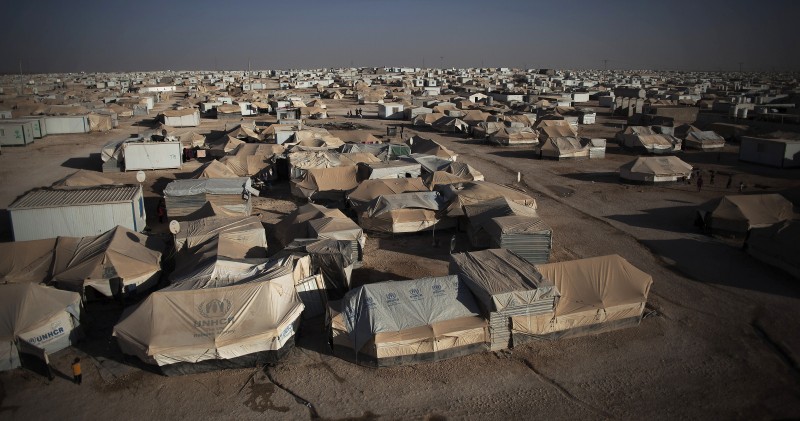 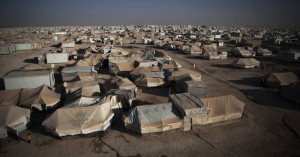 Jordan, a country without oil or experiencing a self-destructive civil war, stands on a precipice. Its current ‘greatest’ challenge, the Syrian conflict, is showing the first signs of resolution and it now has a chance to recover from the almost overwhelming forces of refugee migration.
The difficulty of integrating its new refugee population into wider society and beginning the dismantling of vast refugee settlements in the north are tasks that Jordan is uniquely suited for.
Bordering Iraq and the Palestinian Territories has brought refugees fleeing from conflict into the country time and again, but the nation has not been overcome. The situation is not perfect and these refugees still face considerable challenges, however Jordan has once again proved its resilience.
It is this quality and a new, more youthful, population that has given Jordan the potential to become a far more influential country on the world stage. In fact it could even become the new regional center for commerce and travel, outshining the strength of Qatar and the United Arab Emirates.
The country’s neutrality is a vital part of its future. This is a nation willing to accept aid and investment from a vast number of sources, e.g. it has excellent financial ties with the USA but simultaneously has a civilian nuclear program supported by Russia.

Security relationships also illustrate its position in the region, as a recipient of training from the British military and a supplier of military aircraft to Pakistan. Jordan’s attitude means that investors from across the planet can be reassured of their financial security when operating in the country. Even more important is its potential to securely hold funds and infrastructure for companies wishing to enter an unstable region.
So far this is not dissimilar from the role currently played by the Gulf nations, however the labor they import from South and South East Asia is a major weakness. Jordan’s newly youthful and underutilized population can fulfil and would welcome the employment needs required for development into a regional leader. This is particularly true for entry level and low-skilled jobs that the burgeoning Syrian population is suited for. For Jordan and the NGOs involved in supporting the growing refugee population, this is also an opportunity to wean these people off subsidies and into positions that would support the Jordanian economy and earn taxable revenue.
Jordan’s culture is also a pivotal part of developing the country into a regional player. Its neutrality and willingness to deal with all nations has already been noted, and the position of the government and the culture of the country help foster this position. The country is quintessentially Middle Eastern and reflects the globalized culture of the international community. This is vital when compared to its competitors, as the UAE and Qatar have experienced cultural tensions with their expatriate residents that have resulted in prison sentences. Jordan’s more tolerant approach to international extravagances means that incidents seen in the Gulf are less likely. The culture also offers a more attractive proposition for some, as the nation has developed more organically and not experienced blanket westernization on the same scale as the Gulf cities.
Vitally for financial links with the USA, Jordan has close ties with Israel. This puts it in a prime position for being a true center for regional commerce by providing a hub for all parties in the Middle East, not just one catering for Islamic customers.

Jordan has great potential as a pragmatic middleman for the region.

The Jordanian acceptance of Israel’s existence and King Abdullah’s declaration that it is a vital regional ally are important, but Jordan’s support for the Arab-Israeli peace process is imperative for relations with Israel and America. This is another of Jordan’s unique advantages, as the country that bridges the gap between polarized parties successfully it has far greater potential as a pragmatic middleman for the region.
To power these plans without the hydrocarbon assets of the Gulf States or the sheer scale of the human resources available to other nations, such as Egypt, is an issue for Jordan. However it can balance these deficits, beginning with its nascent civil nuclear power program. This is bolstered in the interim by gas from Israel and the prioritization of a new oil pipeline from Iraq to Aqaba.
However this is merely a glimmer of Jordan’s potential, particularly in the field of oil shale deposits.
These are present under 70% of the country and the estimated reserves of 65 billion metric tons are the highest in the region, with Israel’s 6.5 billion metric tons a distant second. Jordan’s renewable energy, particularly solar, could also propel the country into a regional center for developing these technologies.
The country’s position as a forgotten nation in a region of problems and tumultuous events has left it with experience of stability. In other parts of the world this would be a stimulus for growth and a basis for investment, making Jordan an underrated actor surrounded by chaos. The challenges are evident, but for states and the private sector it could be a risk worth taking.