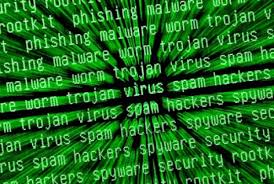 Kaspersky Laboratory has released a research report entitled “IT Threat Evolution Q1 2014” which focused on internet security threats that the countries are facing. The company is well known for its potentials in fighting against viruses. In the report, North African countries such as Algeria, Egypt, Tunisia and Morocco were among those highly affected by local and web security threats. African countries in general continue to be the most vulnerable.
In North Africa, Algerians head the table as the most vulnerable to these threats with reference to the data collected by the Kaspersky Security Network. Both local ad web threats are high in Algeria with figures pegged at 18,3million cyber security incidents in total. The figures recorded in Algeria made it to be the country with the highest level of online users affected with the threats. 54.5% of users in Algeria encountered local threats and 31.6% faced online threats.
Local incidents are considered by Kaspersky to be threats that have penetrated a computer system through something other than the internet, email, or network ports. Examples are local networks, USBs, CDs and DVDs.
South Africa recorded more than 4,6million cyber-attacks and malware infections on computers and mobile devices but the number represents only 10% when compared to North Africa.  According to the report, South Africa occupies the 130th position worldwide when it comes to local threats and 141st in terms of web-related threats.
The senior security researcher at the firm, Ghareeb Saad, said “while mobile and financial malware, advanced persistent threats and web threats are becoming more popular among cybercriminals, removable devices and local networks are still the prime sources of IT risks for users in Africa.”
Companies and home users are urged to use “comprehensive security solutions” to protect their data.