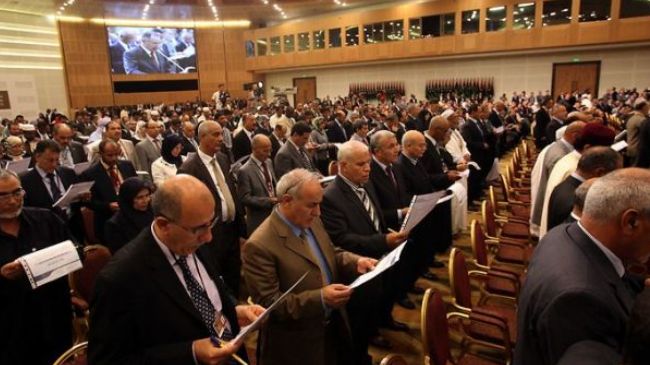 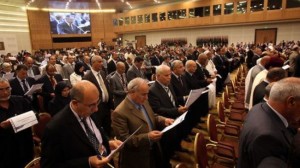 Libya has chosen Ahmed Maiteeq as Prime Minister but the voting process was marred by controversy in the parliament. Officials are divided over the elections and the recognition of Maiteeq as Prime Minister could further increase the political crises in the country. The First Deputy Speaker and the Second Deputy Speaker of the parliament have already given diverging statements regarding the elections.
Since the resignation of former Prime Minster Thinni last month, Libya has been on the search for a potential candidate to replace him. Thinni’s short-lived tenure followed that of Ali Zeidan who fled the country after he was fired by deputies over his failure to stop attempts by rebels in the volatile east to sell oil independently of Tripoli’s government.
The newly elected Prime Minister Ahmed Maiteeq, a Businessman by profession, could have to wait further more before he occupies the post.  The voting session was interrupted several times because of disagreements over the number of votes casted for Maiteeq. Gunmen believed to be supporting the losing candidate did also break into the parliament but there were no casualties but several were wounded.
First Deputy Speaker Ezzedin al-Awami admitted that Maiteeq won the elections but the necessary quorum was not attained. He has already addressed a letter to the outgoing Prime Minster Abdullah al-Thinni defending the invalidity of the vote and urging him to rest while the search for a new Prime Minster to replace him continue.
However, Second Deputy Speaker Saleh Makhzoun has already urged Maiteeq to form a new government as the “officially” elected Prime Minister.
Maiteeq has not reacted to the statements of the different camps. There are fears that militias will soon take sides to further enflame the political crisis that the country is undergoing.