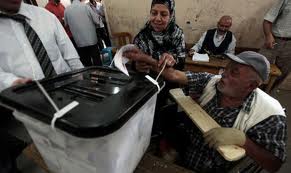 Preparations are in high gear for the presidential elections in Egypt prompting presidential candidate Hamdeen Sabahy to launch an early kick-off even though campaign is set to begin on Saturday 3rd May as dictated by the Presidential Election Commission (PEC). He has been informed of the violation. Al Sisi’s campaign group said they will wait for the official date.
Sabahy organized a press conference to present his election platform to the electorates. He will be campaigning under the banner of “social justice, democracy and national independence, in order to achieve Egypt’s hopes for the future and rebuild it from the beginning.” The decision to present his platform before the determined date has not been clarified. He is also planning to free “non-criminal offenders” and fight against terrorism. The controversial anti-protest law will also be abrogated if he wins the elections.
Political parties have criticized the move and many believe that his chances of winning the elections against Al-Sisi are very slim. Sabahy doesn’t seem to be swayed by his opponents popularity. He has called on “Egyptians to stand by their legitimate dreams, from which they have been deprived by authoritarian rule” in the coming elections.
A statement from the Presidential Election Commission has claimed that Sabahy has been informed about violations. Al Sisi’s spokesman avoided going into details but hopes that proper action will be taken against Sabahy. He said that “there are well-respected legal figures in the Egyptian Presidential Election Commission who are monitoring this, and they will decide if any party has committed a violation.” He boasted that they “will not break the presidential election campaigning law and will not appear publicly or announce details of his election platform before Saturday, regardless of the position of the rival campaign.”