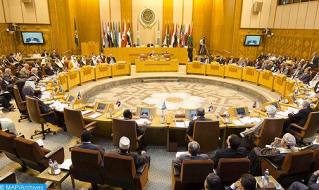 Morocco reiterated, on Sunday in Cairo, its full solidarity with the United Arab Emirates (UAE) following the heinous attack perpetrated by the Houthis and their supporters against the Abu Dhabi airport and the industrial region of Musaffah last Monday.

This came during an extraordinary meeting of the Arab League Council, held at the level of permanent representatives and devoted to addressing the repercussions of these attacks.

Morocco, King, government and people, strongly condemned these attacks and expressed full solidarity with the brotherly UAE in defending the security of its territories and its citizens, said Morocco’s ambassador to Egypt and permanent representative to the Arab League, Ahmed Tazi.

Tazi recalled that King Mohammed VI had reiterated Morocco’s permanent support with the United Arab Emirates in defending the security of its territories and the safety of its citizens.

The Sovereign had reiterated Morocco’s firm support for all measures taken by the United Arab Emirates to defend their territory and the peace of their people in the face of the despicable attacks by the Houthi militia and its supporters.

In his address, the Moroccan diplomat expressed hope that attacks targeting the Gulf States will cease, that legitimacy will prevail and that the Yemeni people will regain their cohesion.

The Council of the Arab League held an emergency meeting, at the level of permanent representatives, at UAE’s request to examine the terrorist attacks perpetrated by Houthi militias.

The explosion of three tankers in the Musaffah area southwest of Abu Dhabi last Monday left three people dead and six others injured.

In his address during the emergency meeting, UAE Minister of State, Khalifa Shaheen Almarar, stressed that the continued threat of the Houthis on the national security of the Gulf States represents a threat to Arab national security.

He warned that the indifference of the international community to take a clear position against this militia gives it more room to continue committing its crimes against the countries of the region and the Yemeni people.

He also underlined that the Houthi terrorist group could not have continued its aggression without the continuous flow of weapons and support from Iran, which still refrains from playing a positive role to stop Houthi acts.

The attack by Iran-backed Houthi militias, in which drones were used, drew worldwide condemnation.