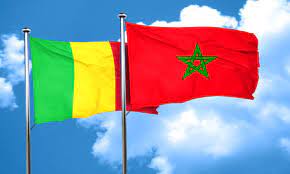 The Moroccan government has reiterated its firm attachment to the stability of Mali, which is facing sanctions by European Union and the Economic Community of West African States (ECOWAS) over delays in transition to civilian rule.

Talks focused on the strong relations existing between the two countries, which gained momentum following the Royal visits paid to Bamako in 2013 and 2014, said a statement released by the Moroccan foreign Ministry.

After stressing the importance for Mali to set up a constructive cooperation with international organizations, Mr. Bourita said Morocco is convinced that Malian authorities, together with political parties and civil society, are capable to strengthen national cohesion and take the path of peace and stability.

The ECOWAS has imposed lately economic sanctions on Malian transitional authorities after they proposed a timeline for presidential elections, for the end of 2025, which was deemed unacceptable.

Mali reciprocated with the recall of its ambassadors and closure of borders with ECOWAS member States.