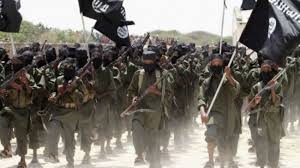 Reports concerning Libya have claimed that a “veteran associate of Osama bin Laden” for more than a decade has taken over a secret U.S military training base in Libya. Tripoli and Washington have not commented on the issue even though the training camp is located only 27kilometers away from the Libyan capital. The base used to house Green Berets in 2012 for the purposes of setting up a Western-trained counter-terrorism center but it is now used to nurture terrorists.
Reports within Libya claim that Ibrahim Ali Abu Bakr Tantoush, an associate of Osama Bin Laden since 2002, is in charge of the base. Osama bin Laden was the head of the Al-Qaeda Network until he was killed in Pakistan in 2011. Fox news quoted an anonymous source saying that “no one at the State Department wanted to deal with the situation.” The only action taken was the suspension of the support allocated to the training program and “try to get the team moved out of the country.”
Insecurity in Libya has been of great concern since the end of Ghadafi’s regime. Daveed Gartenstein Ross, a senior fellow at the Foundation for the Defense of Democracies, stated that it is known that Jihadist groups have established training camps throughout the North African country but overtaking a military base used by the government as a terrorist training camp is “significant” especially when its proximity is taking into consideration.
The former U.S military base is expected to be used as a center to train terrorists rather than training men expected to trace down terrorists. Having a terrorist base only 27kilometers away from an already unstable country leaves many questions unanswered especially when authorities are struggling to enforce their authority in the capital.