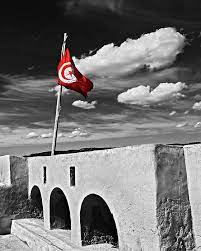 Tunisian President Kais Saied has fired several governors including Tunis governor Chedly Bouallègue, in a new sweeping move by the leader of the North African country.

A statement issued Thursday on the Facebook account of the office of the president also indicated that Kamel Fekih, a current senior official at the ministry of finance and an ally of the president, has been appointed to replace Tunis Governor.

The statement did not provide reasons for the decision.

Bouallegue was appointed governor of Tunis in 2017 during the rule of late President Caid Essebsi.

Several governors namely those of Zaghouan, Monastir, Sidi Bouzid, Kébili, and Gabès, have been fired as well, Business News reports. The new sacking wave confirms President Saied’s claimed plans to purge the country after he seized major powers on July 25.

The action has been condemned as a “coup”.

Meanwhile, the Ministry of the Interior said Friday it has placed two people under house arrest, without naming them.

In a brief statement, relayed by TAP, the Ministry said that the decision was made in compliance with an article, organizing the state of emergency.

This decision is of preventive nature and was dictated by the obligation to maintain general order, the ministry said, adding it will be terminated with the end of its causes.

Earlier in the day, the Ennahdha movement said its vice-president and MP Noureddine Bhiri was “abducted” by plainclothes policemen and “was taken to an unknown place».

Several sources said the second person concerned by the house arrest is a former security officer.