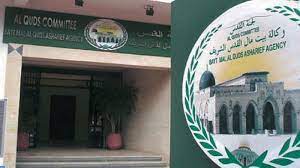 The Rabat-based Bayt Mal Al-Quds Al-Sharif Agency has launched the “Winter of Al-Quds 2021” campaign, for the benefit of schoolchildren and families of orphans sponsored by the Agency.

The agency has allocated $80,000 to this campaign, which is part of the programs and projects implemented by Bayt Mal Al-Quds Al-Sharif Agency in various priority social sectors.

This operation was marked in particular by local interventions to restore the ceilings and walls of several schools and provide them with heating means, especially with the onset of the winter season.

In this context, the Agency intervened to restore the ruined brick roofs of the Wadi Al-Joz elementary school for girls, repair the electrical network of the school and maintain the storm drains, in response to the call of the Directorate of Education in Al-Quds.

The operation also involved the distribution of 200 heaters to a number of schools included in the census of the Directorate of Education of the schools most affected by humidity and cold, allowing the educational process to continue without interruption.

In addition, and as part of the sponsorship program for Al-Quds’ orphans, the Agency has taken the initiative to allocate an exceptional grant to the families of orphans to help them acquire blankets and basic necessities for this season.

The director of education and teaching in Al-Quds, Samir Jibril, expressed, in a statement, his sincere thanks to King Mohammed VI and to Bayt Mal Al-Quds Al-Sharif Agency for their continued support for better education in the city.

Samir Jibril pointed out the difficult situation of the education sector in the city due to the residential houses converted into schools which suffer, from time to time, from humidity and need continuous maintenance, restoration and rehabilitation works.

In this regard, he praised the valuable and qualitative actions and initiatives undertaken by Bayt Mal Al-Quds Al-Sharif Agency.

For his part, Ismail Al-Ramli, coordinator of the Agency’s programs and projects in Al-Quds, said that the campaign “Winter of Al-Quds 2021” aims to intervene promptly and locally to address a number of problems that relate to rainfall and water leakage and contribute to the heating of classrooms.