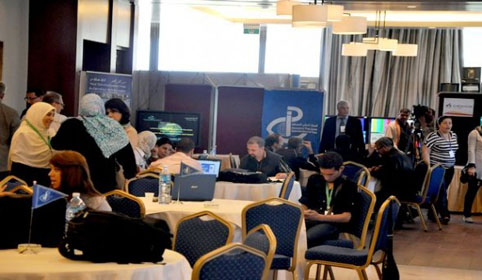 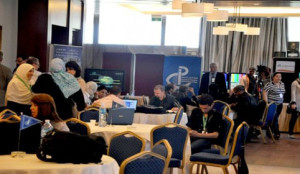 The Algerian authorities have tightened their grip on visa requests by foreign journalists. Visas for the media, which are usually issued within two weeks, have now been taking much longer in the run-up to the elections. Journalists with Spanish media (El Mundo  and Agencia EFE) and French media (L’Express, Le Point, Le Monde,  Journal du Dimanche and BFMTV), and German media (ZDF and FAZ) have all had to wait for many weeks and have received visas only very recently. Thus, while they will effectively be able to report on the voting day itself, in practice, they have been prevented from doing any investigative reporting ahead of what is widely seen as a crucial election for Algeria. This year’s presidential election have been marked by protests about Bouteflika’s, the current incumbent’s, candidacy and questions about his health problems that have prevented him from campaigning.
Reporters Without Borders, an advocacy group, has published a media release, urging the Algerian authorities to allow both Algerian and foreign journalists to freely cover the upcoming presidential election: “We registered arrests of Algerian journalists during street protests against President Abdelaziz Bouteflika’s decision to run for a fourth term, and this does not bode well for their ability to cover this elections in an unimpeded manner. […] As for foreign journalists, many of them were issued visas late in the day accompanied by drastic restrictions, and yet the international media have a important role to pay in a country in which the domestic media are badly lacking in pluralism and the level of self-censorship is very high.” Confirming these views, some media told Reporters Without Borders that the late delivery of visas has forced them to abandon plans for certain stories and campaign coverage. The visas are reportedly subject to geographic, editorial and time restrictions, while the documents foreign journalists get from the information ministry contain instructions, such that they should limit their questions to matters relating to the election.