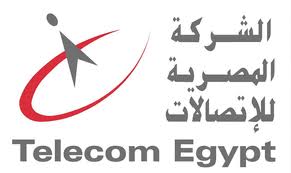 Before the end of the year, telecommunication operators in Egypt will begin to dedicate 6% of fixed-line operator Telecom Egypt’s (TE) revenues from mobile services to the National Telecommunications Regulatory Authority (NTRA). The services are expected to be launched before the end of the year. The decision was revealed by Hisham El-Alayleyi, head of the NTRA, during an interview with Reuters.
At the beginning of the month, the government announced the implementation of a “unified” license which has been dubbed controversial. The license will permit TE to offer mobile services using the infrastructures of other companies while paying a fee of LE2,5 billion.
However, mobile companies willing to use TE’s infrastructures to deliver land line services will be obliged to pay LE100 million. Critics consider the government’s decision to be a move dictated by the massive orientation of the people towards mobile phone services. TE’s home voice revenue fell 17.6 percent in fiscal year 2013 and 17.3 percent during the previous year, as fixed-line subscribers went down from 6.24 million in 2012 to 5.72 million users in 2013.
Mobile company operators such as the Egyptian Company for Mobile Services (Mobinil), Vodafone Egypt, and Etisalat Misr have not openly voiced their thoughts but many believe that their absence during the press conference when the plans of a unified licenses where revealed highlights their dissatisfaction.
The Minister of Telecommunication, information and technology,  Atef Helmy, Telecom Egypt said that TE will be selling its stake or buy out 100% of Vodafone Egypt in a “fair commercial transaction.” The state owns 80% of TE.
Omar Maher, telecoms analyst at Cairo-based investment bank EFG-Hermes, said “The government’s problem with the status quo regarding TE’s stake in Vodafone Egypt is the conflict of interest, which would be solved either way.”