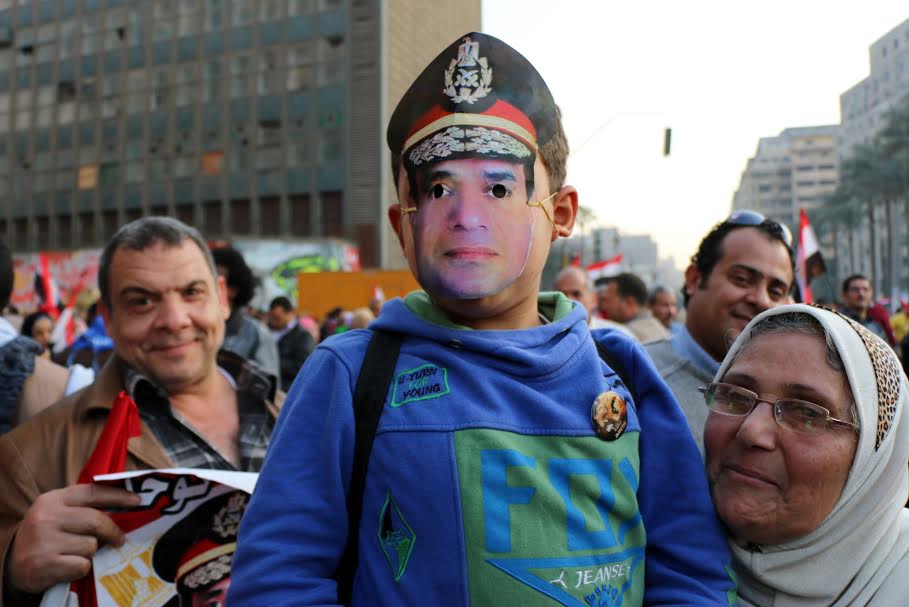 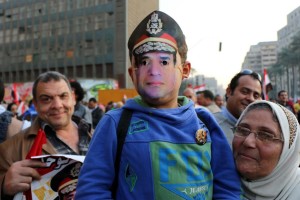 In an effort to formally tender his bid for next month’s presidential election, Egypt’s former military chief, Abdel Fattah El Sissi, on Monday submitted eight times the number of signatures required of any aspirant running in the May 26-27 vote.
Mr El Sissi, a 59–year-old career soldier who successfully ousted President Mohammed Morsi last July, was the first presidential hopeful to fulfill the requirement of securing 25,000 signatures from at least 15 of the nation’s 27 provinces. Unconfirmed reports said the boxes of signatures delivered by security agents were marked by El Sissi’s image alongside the provinces from which the signatures were obtained.
A likely chief rival to Mr El Sissi is Mr Hamdeen Sabahi, a leftist politician who finished third in the first round of the previous presidential election in June 2012. The opposition seems to be of no threat as Mr. El Sissi’s campaign registers more signatures pouring into its Cairo headquarters. This is perceived as “unique example of support and national backing” for the former military chief.  Although he is yet to announce his electoral agenda which will preview his plans for the revival of the economy and the restoration of the crumbled tourism sector, El Sissi is already seen by many Egyptians as being capable of pulling the nation out of distress.
The build-up to the election has been marked by continual street protests carried out by Morsi’s supporters who clash with security officials on a daily basis. During one of the clashes in Cairo University on Monday, a student was shot dead. Mr. Morsi alongside leaders of his Muslim brotherhood, are currently on trial with charges of conspiring with foreign groups, espionage, incitement of murder as well as corruption.

North Africa Post's news desk is composed of journalists and editors, who are constantly working to provide new and accurate stories to NAP readers.
NEWER POSTBouteflika Likely to Win Despite Public Dissent
OLDER POSTInterim Libyan PM to Leave His Post After He was attacked